'You can still sense the love': Baby boomers revel at Woodstock 50 years on - GulfToday

'You can still sense the love': Baby boomers revel at Woodstock 50 years on 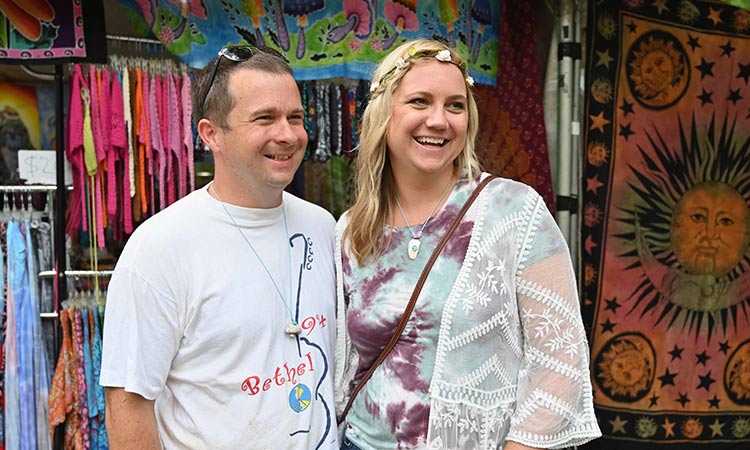 Baby boomers dressed in tie-dye, rolling wheelchairs and chasing a memory of peace and love flocked to Bethel, New York, for the weekend to mark the 50th anniversary of Woodstock, the music festival that defined 1960s counterculture.

Thousands of flower-crowned visitors made the journey to the Bethel Woods Centre for the Arts, which now owns the original festival site, to hear some of the same musicians including Arlo Guthrie, attend a planned Saturday concert by Santana, and feel the spirit of community that the 1969 festival produced. 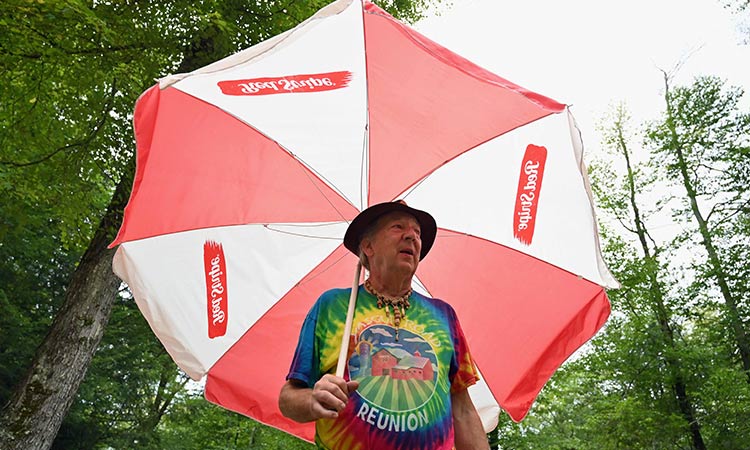 "Even though I'm seeing the site 50 years later, I feel like I'm there at the first concert," said Peter Hadley, 63, who arrived on Thursday. "Everybody greets us, talks to us. It's the love that started back in '69 and it's present here, now."

Woodstock, which was held at Max Yasgur's dairy farm in upstate New York from Aug. 15-18 and featured about 30 acts, became a logistical nightmare when more than 400,000 people showed up, causing traffic gridlock for miles. 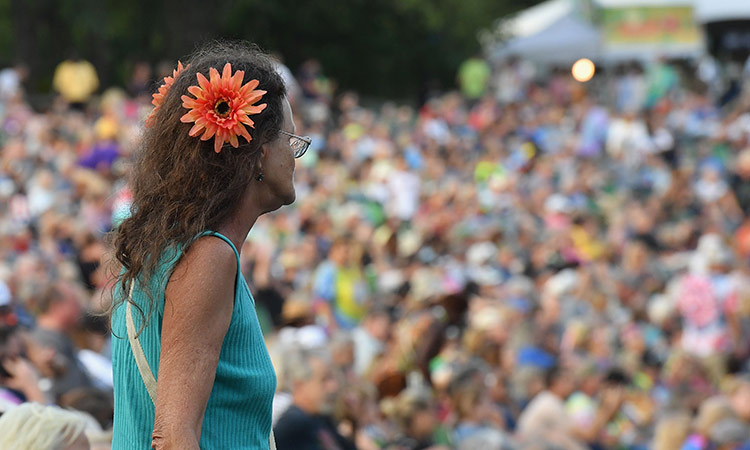 Guests attend the 50th anniversary celebration of Woodstock at Bethel Woods Center for the Arts. AFP

This weekend, in stark contrast to 1969, attendees found metal detectors, indoor plumbing and abundant food vendors at the Bethel Woods Center, which is hosting several concerts to mark the anniversary.

"Everything that could go wrong went wrong. But everything went right," said Duke Devlin, 77, who hitchhiked to Woodstock from Texas and has lived near the festival venue ever since. "We were bombarded with bliss." 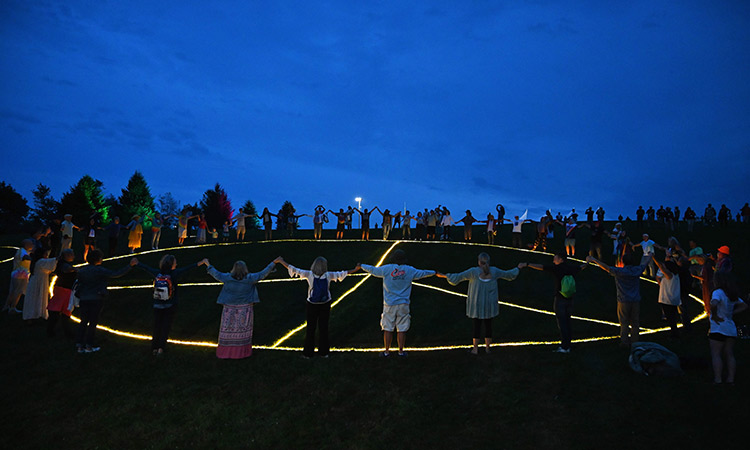 Arlene Seymour, 69, arrived for the weekend wearing the same tie-dye shirt she bought on her way to the 1969 concert. She fondly recalled sharing food with people she had just met and sleeping in the trunk of a stranger's car to avoid the rain.

"It just wouldn't happen like that today," she said. "Because of the environment in the world, people would be worried to have it so loose." 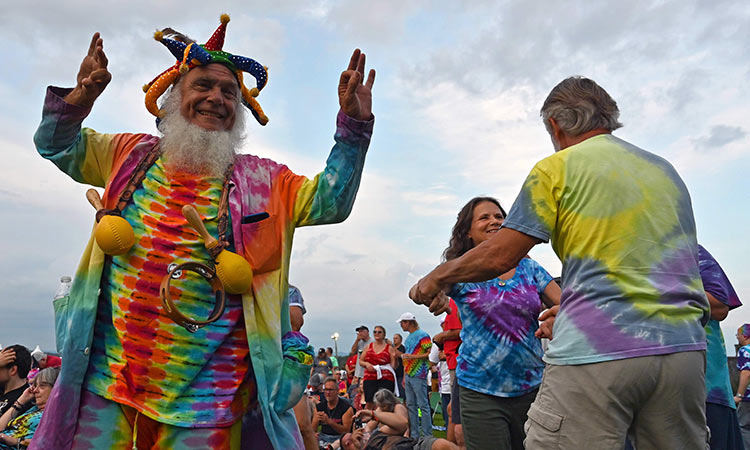 "You can still sense the love," said Michelle Lecuyer, a 53-year-old sales director from New Hampshire, who described standing on the field where rock legends like Jimi Hendrix, Joe Cocker and Janis Joplin performed as experiencing "a slice of heaven."

Last month, original Woodstock producer Michael Lang's plans for a 50th anniversary festival fell through when the organizers failed to secure a venue and headliners including Jay-Z and Miley Cyrus dropped out.

But the gray-haired crowds gathered in Bethel were determined to have peace. Ignoring the rain on Thursday and Friday and the omens of Woodstock reunions past, they held hands in a circle around a peace sign on the lawn, smoked blunts while singing along to Arlo Guthrie, and swayed to the rhythm of their generation.

Former 'Batwoman' star Ruby Rose aired several allegations of wrongdoing on the set of the show, which they say led to their exit in May 2020.In a series of Instagram posts on Wednesday, Rose claimed they were forced to continue work on the DC series shortly after suffering a neck injury on set, reports variety.com.

Madhuri Dixit Nene is easily India's one of the biggest and most loved actresses. Be it the iconic track 'Ek Do Teen' from 'Tezaab' where she revolutionised dance in Bollywood or her work in films like 'Anjaam', 'Koyla', 'Dil To Pagal Hai' and 'Pukar', the actress has always enthralled the audience and has enjoyed their undivided attention.

Actress Alicia Silverstone turned to a dating app in a bid to find love, but she has already been banned from the platform twice.She said: "A few years ago I tried to get on one of the dating apps and I put a fake profile, because I wasn't comfortable yet being me. And then I got kicked off, I got banned."