'After the Wedding' was a family affair for Julianne Moore - GulfToday 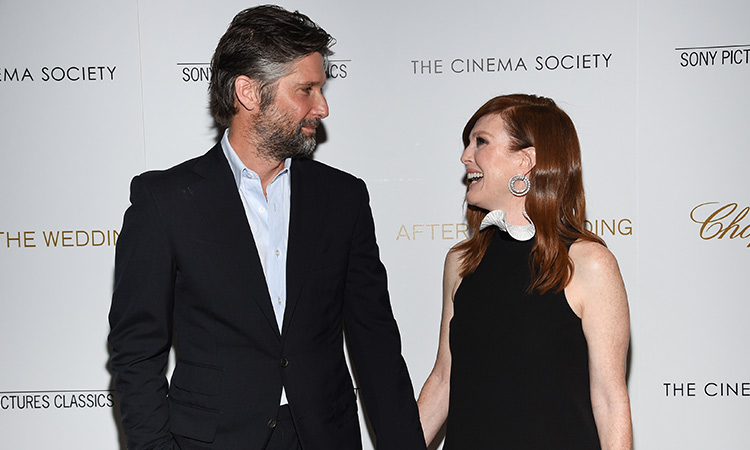 Liv Freundlich, 17, was a production assistant on "After the Wedding," which was released earlier this month.

"We loved having her around more than she loved being around," laughed Freundlich. "The best part of it was just getting to be with each other constantly."

The film, written and directed by Freundlich, is a remake of director Susanne Bier's hit Dutch movie of the same name. To put his own stamp on it, Freundlich swapped the gender of the two leads to women, using Moore and Michelle Williams. Billy Crudup plays a role that was portrayed by a woman in the original.

Moore also served as a producer. Freundlich said it helps to be married collaborators because they don't compartmentalize their home life and work life. Moore joked it "might've been more fun for him."

"I'm usually used to going home and dropping it," said Moore. "It's sort of a relief for me to get in my car and be like, 'Phew, that's the end of my day and I'll think about tomorrow later,' but for a director it's constant. The amount of work that they have to do is really extraordinary. So, we would talk about it in the car on the way home, we would talk about it before we would go to bed, we would talk about it first thing in the morning. But, like I said it was a shared passion, too, so that was wonderful."

This is the fourth time the couple has worked together.