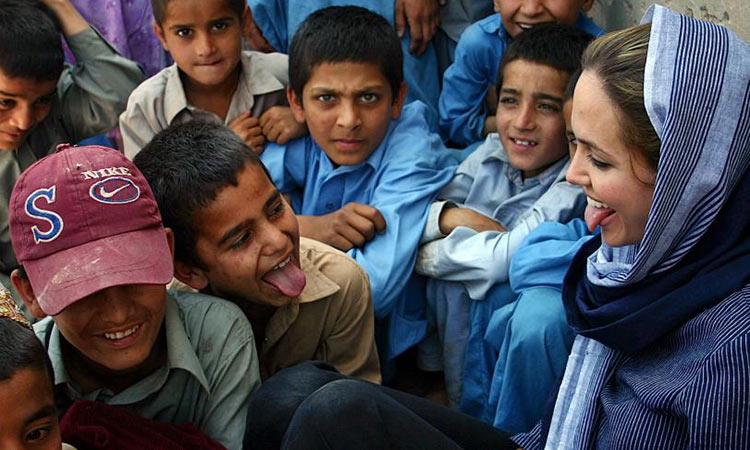 Angelina Jolie gestures while playing with a few children at a refugee camp.

Hollywood star Angelina Jolie says wicked women are just women who are tired of injustice and abuse, and the world needs more of them.

"What is it about the power of a woman free in mind and body that has been perceived as so dangerous throughout history?," the actress questioned as she started putting her thoughts down, in an essay she penned for "Elle" magazine's September issue.

"Women could be accused of witchcraft for having an independent sex life, for speaking their mind on politics or religion, or for dressing differently. Had I lived in earlier times, I could have been burnt at the stake many times over for simply being myself," wrote Jolie, who has portrayed various shades of womanhood in her career.

In the article, she continued: "Since time immemorial, women who rebel against what is considered normal by society -- even unintentionally -- have been labelled as unnatural, weird, wicked, and dangerous. 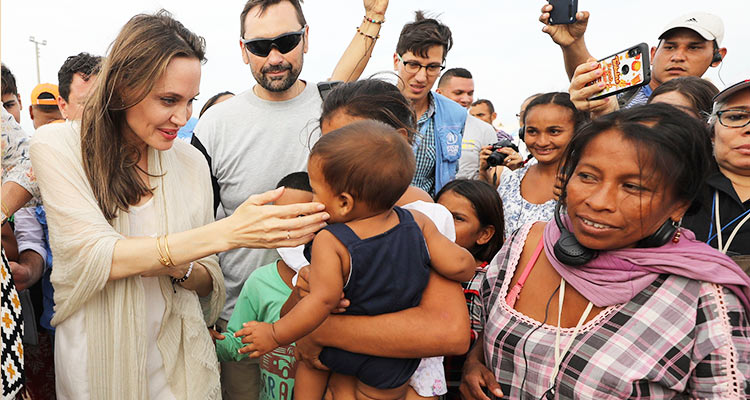 Angelina Jolie interacts with children at a refugee camp.

What is surprising is the extent to which this kind of myth and prejudice has persisted throughout the centuries and still colours the world we live in."

"It is startling how often women who run for political office in democratic countries are described as witches.

"Bring together a group of strong women, and before too long someone will brand them a 'coven' -- the technical term, to be clear, for a gathering of witches meeting at night to consort with the devil. Women who stand up for human rights in many countries are still labelled 'deviant', 'bad mothers', 'difficult', or 'loose'," the actress writes in the essay.

The actress, who will back as infamous villain in "Maleficent: Mistress of Evil", feels the "independence and creative energy of women" is still frequently seen as a "dangerous force to be controlled, often in the name of religion, tradition, or culture".

"Wicked women are just women who are tired of injustice and abuse. Women who refuse to follow rules and codes they don't believe are best for themselves or their families. Women who won't give up on their voice and rights, even at the risk of death or imprisonment or rejection by their families and communities.

"If that is wickedness, then the world needs more wicked women," said the actress, who added that her essay was not an attempt to "dismiss or downplay the terrible abuses against men and boy".