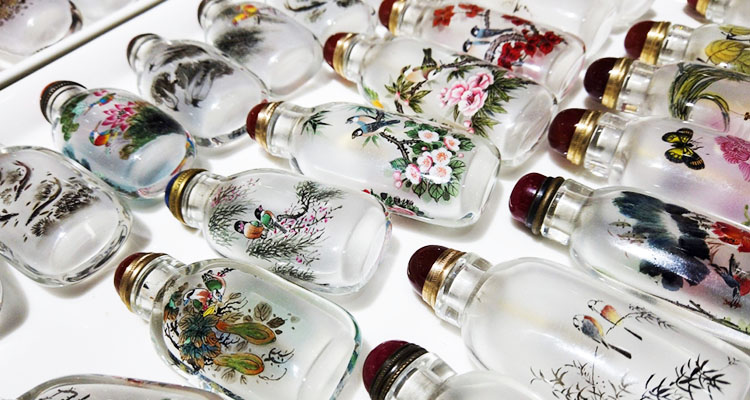 Snuff bottles painted by artists by hand at a shop in the centre of Beijing.

Delicate designs painted on the inside of miniature Chinese snuff bottles by artists like Zhang Yuhua and her husband usually feature calligraphy, floral compositions and traditional rural scenes. 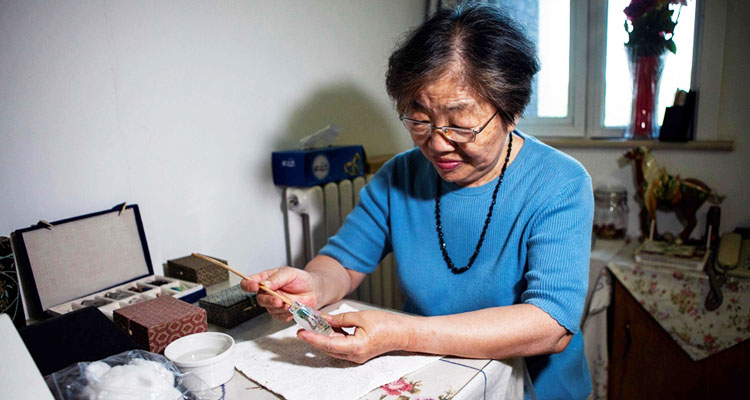 Artist Zhang Yuhua painting a snuff bottle at her home in Beijing.

But to keep alive the centuries-old art known as "guihuahu", or "bottle painted by ghosts", some painters are appealing to younger tastes with modern motifs -- including the popular children's character Peppa Pig. 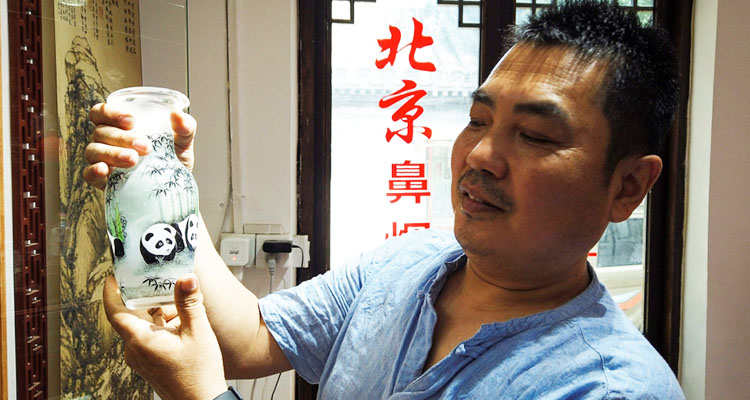 Chinese artist Wei Dongfang looking at a bottle painted from the inside at his workshop on Nanluoguxiang Street.

Concentrating hard as she holds a tiny paintbrush poked through the neck of a translucent glass bottle, Zhang traces ink across its interior, her steady hand leaving a perfect impression despite barely being able to see what she is doing. 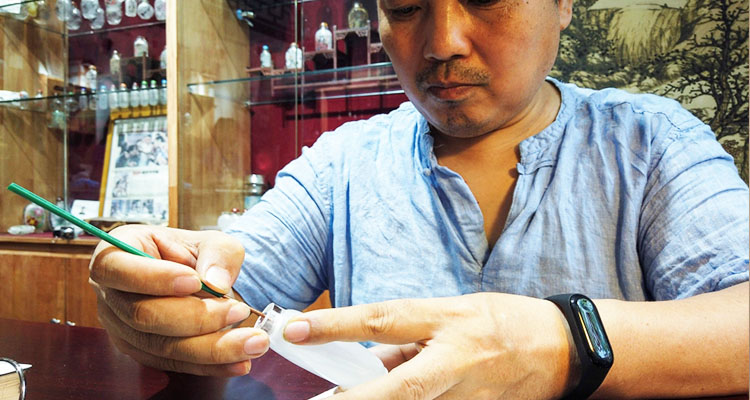 To keep alive the centuries-old art known as "guihuahu."

The couple in their seventies have spent their lives practising the craft, which began in Beijing in the 1800s, and now want to pass on their skill to the next generation.

Today other "ghost" bottle painters, like Wei Dongfang, 48, are reviving the craft by adorning their works with more unusual designs inspired by popular culture. 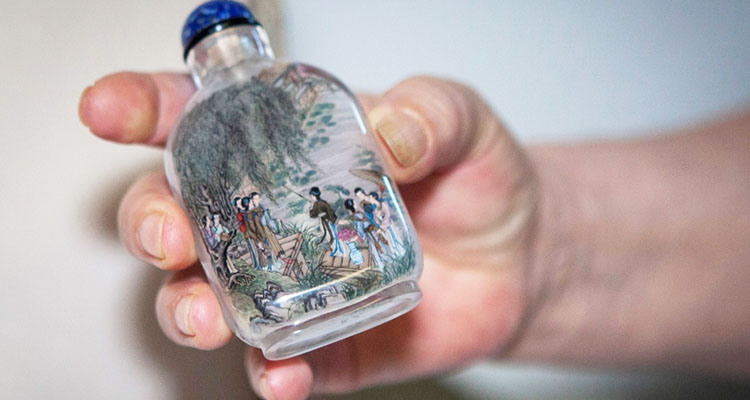 A snuff bottle painted by artist Gu Qun at his home in Beijing.

"I once painted a character from the cartoon Peppa Pig inside a bottle for a child who visited my shop," said Wei, who sells the ornaments from his shop in the Chinese capital, where prices range from 60 to 6,000 yuan ($9 to $870).

After seeing the child's delight at his creation, Wei made a few dozen more featuring the pink pig and her friends, which sold very quickly.

"People are bored of old-fashioned images and motifs. To widen the scope of our art, we need to use new elements," he added.