I look to stretch myself with every role: Naomi Watts - GulfToday 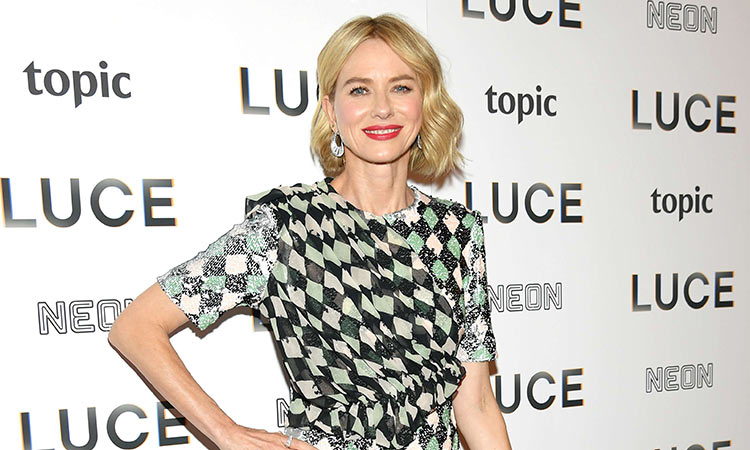 Hollywood star Naomi Watts is careful how she chooses her roles. She likes to find something for herself in every character she plays. The Oscar-nominated actress says with each of her projects she has looked to stretch herself and grow as an artist.

"Every time I take on a role, I'm looking to stretch myself, to grow, and find something in it for me," Watts said, adding: "If the role doesn't connect with me, how could it possibly connect with an audience?"

With two Oscar nominations, her work profile shines with box-office hits like "King Kong", "The Ring", "The Divergent" series, and roles in critically-acclaimed films such as "Birdman", "Mulholland Drive" and "21 Grams".

"Every time I take on a role, I'm looking to stretch myself, to grow, and find something in it for me, If the role doesn't connect with me, how could it possibly connect with an audience?"

"Gretchen's story is one of empowerment and growth in survival, of self-preservation, of taking care of herself, and of the demand to be valued," said Watts.

"There's always pressure in playing someone who is a real-life person. Particularly when they're still alive. The audience always feels like they've got a version of that story, or a version of that character in their mind," the actress said.

Talking of real-life characters, Watts continued: "I've done it a few times. I did Valerie Plame Wilson in 'Fair Game'. I had the luxury of actually getting to know her. There's an added responsibility. You want to get that story right, not just for audiences but also for the person you're playing on screen. If we're telling a story about this person, they probably had to endure a lot of extraordinary things in their lives. So, it requires a deep dive into the world of research, and you have to piecemeal together what you think is most important and just give it your all. So there is a responsibility and added pressure."

What kind of conversation would she like the show to create? "I hope women feel encouraged by the fact that it's good to stand up for yourself," said the actress, who will soon enter the "Game Of Thrones" universe in its prequel.

"Now, people understand that it's absolutely imperative that (accurate) female representation takes place in every workplace. I've seen the change in our industry, quite a dramatic change, and I didn't know that would happen in my lifetime. I'm grateful and it's a heartening news for the next generation. I think it will be much better for our children," added the mother of two.