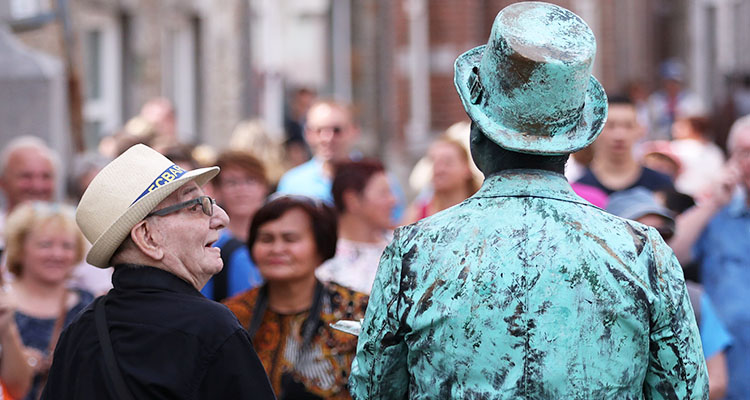 An artist takes part in the festival "Statues en Marche" in Marche-en-Famenne, Belgium.

The performers are usually found frozen still on street corners across Europe - fascinating passersby with their discipline in holding a pose for painfully long periods.

Caked in rust, gold and plaster white, only their eyes gave away the illusion at the annual event in Marche-en-Fammenne. A bullfighter, Valkyrie, baroque dancers and the sea god Poseidon were among the sights on parade.

An artist called "The woman and the pram" takes part in the festival.

An artist names "Le Sommelier" takes part in the festival.

Two artists, dripping in mock blood, came headless to the festival. Antonio Morerra came from Portugal and dressed as bullfighter.

"I am a torero," said the man, his costume and face painted in blue and gold.

"To dress, (it takes me) one hour, the dress and the painting." 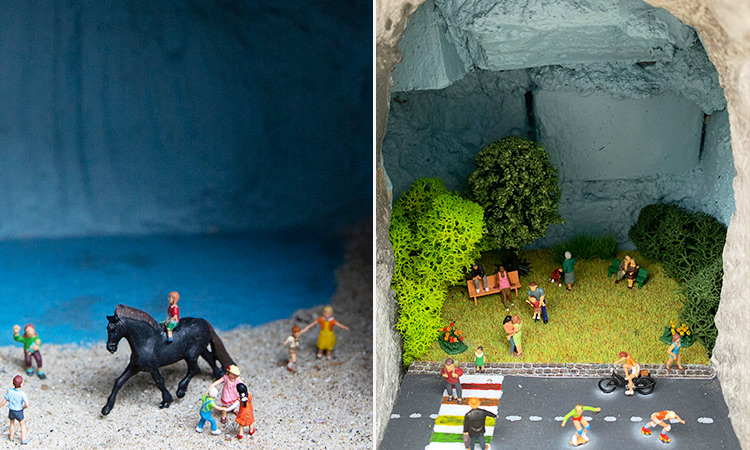