Music on the moon: Here’s what Apollo 11’s astronauts were listening to in space - GulfToday 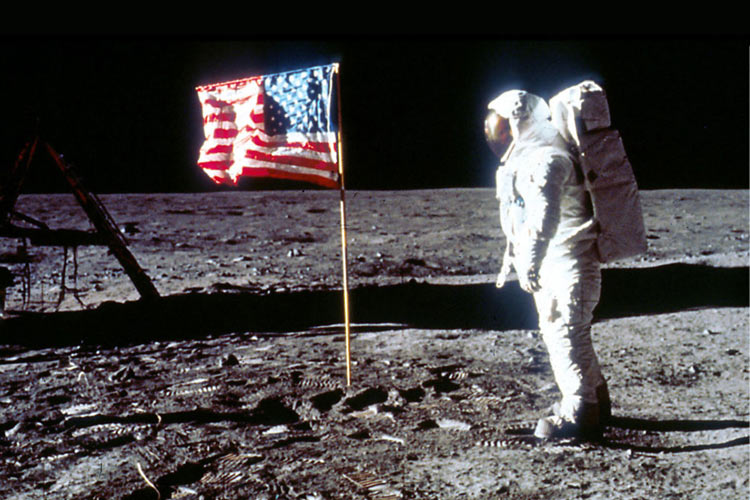 Astronaut Edwin "Buzz" Aldrin poses next to the US flag July 20, 1969 on the moon during the Apollo 11 mission. TNS.

As the 50th anniversary of Neil Armstrong, Buzz Aldrin and Michael Collins' moon landing on July 20, 1969, approaches, it seems everyone is suggesting a moon-oriented Spotify playlist. These are filled with the usual suspects that mention the moon or are about space flight.

Naturally, that means Elton John's ‘Rocket Man’, David Bowie's ‘Space Oddity’, The Police's ‘Walking on the Moon’, Frank Sinatra's ‘Fly Me to the Moon’ and Zager & Evans' trippy ‘In the Year 2525’ — which was actually No.1 on the national music charts throughout July 1969, the week man flew to, and first walked, on the moon.

Yet long before playlists were a thing, the astronauts aboard Apollo 11 chose their favourite tunes to listen to on the space flight and for their historic moon walk. And only one of the songs mentioned above was actually played by Apollo 11's astronauts on their moon mission. (Nothing against Elton or the Police, but their spacey tunes were still light years away.)

Vanity Fair tracked down the man behind the primitive playlists — we'd call them "mixtapes," but even that term didn't seem part of the pop culture lexicon until the 1980s. 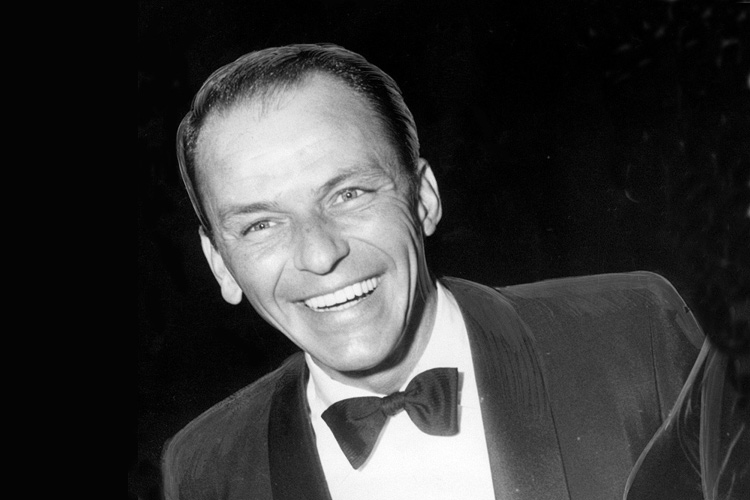 Frank Sinatra's 'Fly Me to the Moon' was played by astronaut Buzz Aldrin as he stepped onto the moon's surface on July 20, 1969. TNS.

The audio cassette was still a relatively new format 50 years ago when popular music was defined by the Beatles, Rolling Stones and Simon & Garfunkel, but its compact size — smaller than the portable 8-track tape cartridge — made it an ideal sound vessel for space travel.

Here's some of what Kapp said Armstrong, Aldrin and Collins asked him to provide for the Apollo 11 mission — a taste of their ‘Astro Mix Tapes’, as Vanity Fair dubs the recordings.

‘Fly Me to the Moon’ by Frank Sinatra

The swinging 1964 Sinatra version recorded with Count Basie and arranged and conducted by Quincy Jones, was already a favourite of NASA space missions. Old Blue Eyes' ‘Fly Me to the Moon’ was played on the Apollo 10 mission to the moon in May 1969 — a test run, if you will, for Armstrong and Aldrin's actual walk on the moon two months later.

But the Sinatra recording became immortal when Aldrin played it off of his NASA issued cassette player when he stepped onto the moon's surface shortly after Armstrong.

"The first music played on the moon. I freaked!" Jones told The New York Times in 1990, recounting how Aldrin surprised him at a party to tell him how he'd chosen ‘Fly Me to the Moon’ as the soundtrack for his space walk.

Another Aldrin selection, this ballad was composed by Jule Styne and Bob Merrill for the 1964 Broadway musical ‘Funny Girl’ that made its lead star — Streisand — "the greatest star."

And as Aldrin and his compatriots stared out at the stars in lonely, cold and quiet space, the song's need for human connection — "People who need people are the luckiest people" — had to resonate in the Apollo 11 spacecraft. Even on its mono recording.

‘Three o' Clock in the Morning’ by Lou Rawls

Aldrin was an ol' romantic, even at age 35 when velvet-voiced Rawls released this sweet ode to a loved one in 1965.

Lisa Young, objects conservator at the Smithsonian’s National Air and Space Museum, makes an adjustment on Neil Armstrong's pressure suit that he wore to walk on the moon during the Apollo 11 mission on July 20, 1969. Photographer: Kevin Fogarty/Reuters.

US Vice President Mike Pence speaks during the unveiling of Neil Armstrong's Apollo 11 spacesuit for the first time in thirteen years, at the Smithsonian National Air and Space Museum in Washington, DC, USA. Photographer: Alastair Pike/AFP.

A Lunar Module, the same type that landed on the moon for Apollo 11, is displayed behind Rick Armstrong, the son of Neil Armstrong, Vice President Mike Pence, Smithsonian's National Air and Space Museum Director Ellen Stofan, appearing for the unveiling of Neil Armstrong’s Apollo 11 spacesuit at the Smithsonian's National Air and Space Museum on the National Mall in Washington,DC, USA. on July 16, 2019. Andrew Harnik/AFP.

Neil Armstrong's Apollo 11 spacesuit is seen after being unveiled for the first time in thirteen years, at the Smithsonian National Air and Space Museum in Washington, DC, USA. Photographer: Alastair Pike/AFP.

Neil Armstrong's Apollo 11 spacesuit is seen after being unveiled for the first time in thirteen years, at the Smithsonian National Air and Space Museum in Washington, DC, USA. Photographer: Alastair Pike/AFP.

"It's three o'clock in the morning / We've danced the whole night through / And daylight soon will be dawning / Just one more waltz with you / That melody so entrancing / Seems to be made for us two / I could just keep on dancing forever, dear, with you."

‘Spinning Wheel’, with its catchphrase "What goes up / Must come down," must have been wishful thinking for the NASA flight crew back in Houston and the three men making history on their three-day, 383,000-kilometre journey to the moon and back.

The week after splashdown, the jazz-rock crossover group's eponymous ‘Blood Sweat & Tears’ album returned to No.1 on The Billboard 200 chart — dethroning the Broadway cast recording of ‘Hair’, which was No.1 when man first walked on the moon.

The breakthrough hit from "Hair?" The out-there "Aquarius/Let the Sunshine In," a fixture on space missions for years to come.

The world was grooving to R&B superstar Sly Stone's ‘Everyday People’ for months after its November 1968 release. But maybe it was just a bit too gritty for the astronauts' personal tastes. Still, they apparently couldn't resist its melody as this cover by song stylist Peggy Lee found its way onto their Sony (pre-Walkman) cassette player.

‘Everybody's Gone to the Moon’ by Jonathan King

Michael Collins chose this descriptive song by King, a British singer/songwriter, who brushed the American Top 20 with the hit in 1965. Nina Simone, Doris Day, Percy Faith and the Flaming Lips all had a go at ‘Everybody's Gone to the Moon’, but Apollo 11 sent it into the stratosphere. 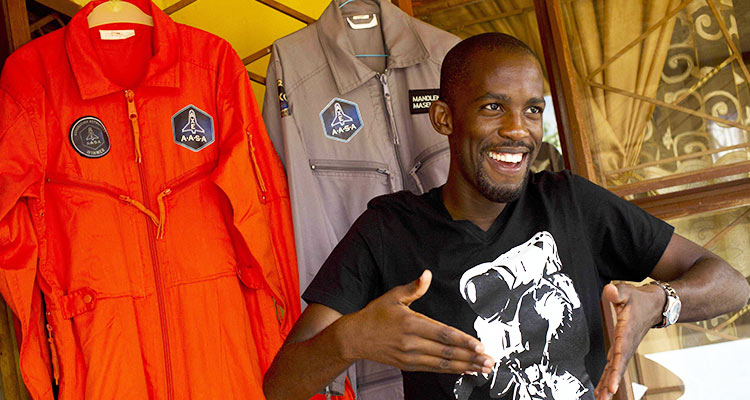 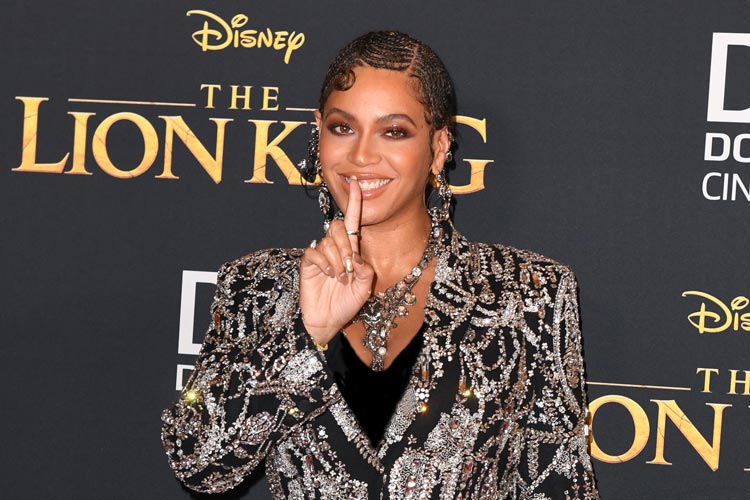 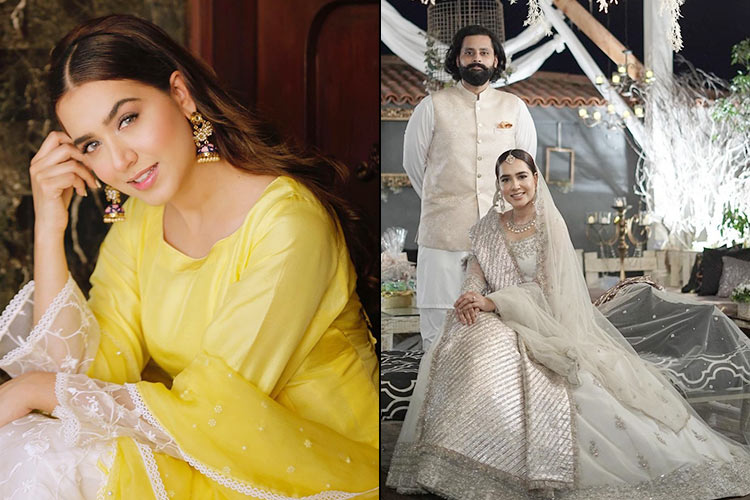 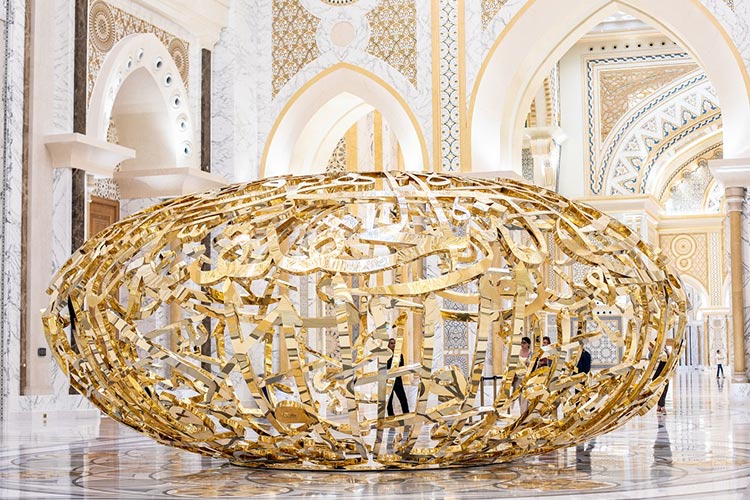 Designed and crafted by the renowned Emirati artist, Mattar Bin Lahej, the Power of Words installations represent part of the legacy laid down by the UAE’s late founding father.