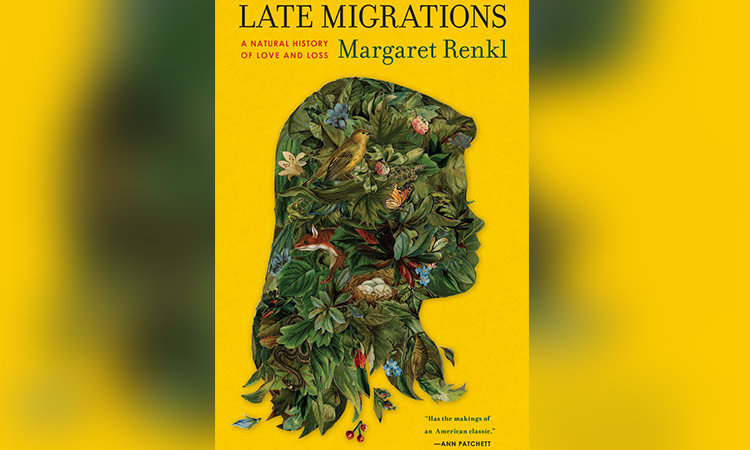 Disturbing images pop up with spooky regularity in “Late Migrations,” Nashville author and New York Times opinion writer Margaret Renkl’s collection of linked essays about family and nature. In one, a rat snake “slowly, almost mechanically,” swallows a nest of newborn rabbits, one by one. Elsewhere, a fanatically territorial Carolina wren, beloved for its gorgeous waterfall-like song, pierces the eggs of other birds in nearby nests to kill their young. In yet another, Renkl lies in a bed next to her beloved father as he dies of cancer, watching him take one ragged, long breath after another, willing him to end the agony, to die, please die.

And yet all told, “Late Migrations” is a lovely book, made up of short essays that alternate unexpected observations about nature with brief but telling stories about Renkl’s great-grandparents, grandparents and parents.

Renkl’s elders created a tight braid of family in which she grew up somewhat confined, but also protected and loved. Her heritage is that of the American South — Alabama and Tennessee — and the backyard nature dramas she witnesses are different from those we might see in the North. Yet this is a relatable and resonant book across geographies and traditions.

Loss and grief are Renkl’s core subjects. She mourns after miscarriages for ghost children, for a cedar waxwing that dies after hitting a shiny window, for a kind mother-in-law savaged by Parkinson’s disease, for landscapes and creatures snuffed out by invasive fauna and flora, for her beloved father, for whom the latest advances in medicine do nothing to stop the invasion of metastatic cancer.

Most prominently, she mourns for her mother, a complicated figure who during her childhood was wracked with depression that led to Renkl’s most frequent memory, of her being driven away toward medical care in unending tears. As an older woman, her mother is healthier but often cranky, a hoarder who lives across the street from her daughter’s family and creates complications and irritations that are swept away by her sudden death, when Renkl realizes how much she loved her.

“Every day the world is teaching me what I need to know to be in the world,” Renkl writes. “In the stir of too much emotion: Hold still. Be quiet. Listen.”

Renkl captures it well and lifts her examination of loss to a higher and somehow buoying plane by showing that it is no more or less than what happens every day in our backyards, gardens, pastures and forests. But it is our uniquely human gift to love so hard that we are doomed to grief when loss occurs. “The shadow side to love is always loss,” Renkl writes. And yet, what fully functioning human would want it otherwise?