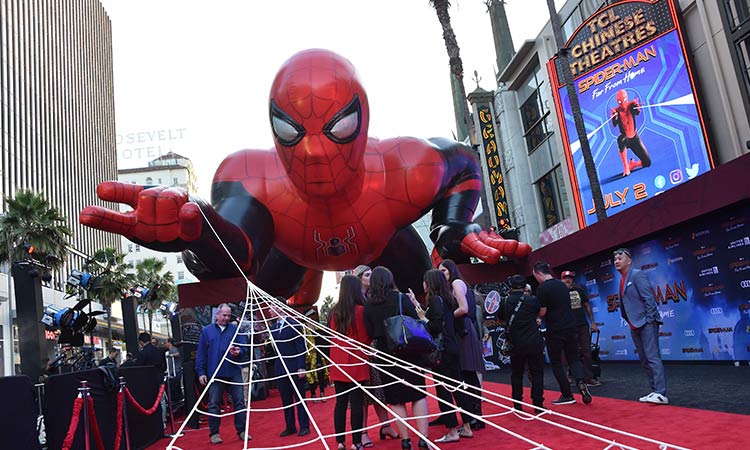 A giant inflatable Spider-Man is displayed at the TCL Chinese theatre in Hollywood. File photo/AFP

Superheroes were once again around to save the day as "Spider-Man: Far From Home" ignited a much-needed boost in the domestic box office. The web-slinging adventure easily dominated in North America, delivering a $185 million debut from 4,636 venues during its first six days in theaters.

But even your friendly neighborhood Spider-Man isn't immune to a little sequel slump. "Spider-Man: Far From Home" got a head start by opening on the Tuesday ahead of Independence Day, but it collected $93 million over the traditional three-day weekend. That's a stellar start to be sure, but a notable drop from the $117 million debut of its predecessor, 2017's "Spider-Man: Homecoming."

Overseas, the 23rd movie in Marvel's Cinematic Universe earned $395 million, boosting its global tally to a mighty $580 million after 10 days.