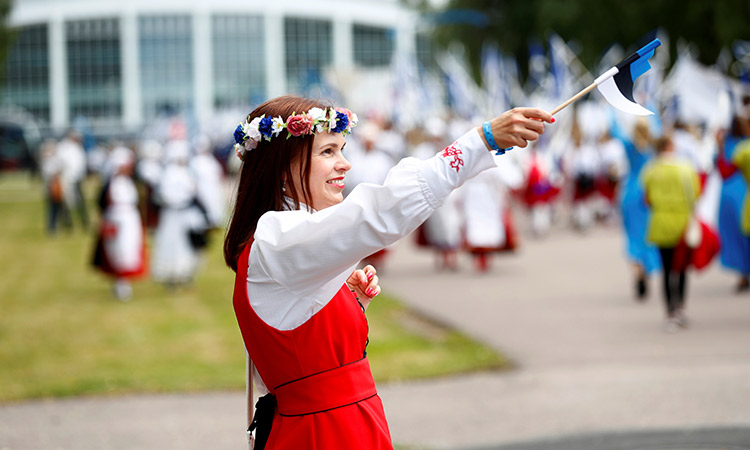 A woman waves an Estonian flag during the traditional song festival. Reuters

"Singing the national anthem together with tens of thousands of people just feels incredible and bound to make everyone feel something. It's a chance to set aside politics and everyday worries and just sing together.

This year's event in Tallinn includes over 35,000 singers and 11,500 dancers plus musicians, all dressed in colourful regional folk costumes.

Attracting audiences also numbering in the tens of thousands and held every five years, the festival is the largest public gathering in Estonia, a formerly Soviet-ruled state of 1.3 million people which joined the European Union in 2004.

"Singing the national anthem together with tens of thousands of people just feels incredible and bound to make everyone feel something," she said.

"It's a chance to set aside politics and everyday worries and just sing together," she added. 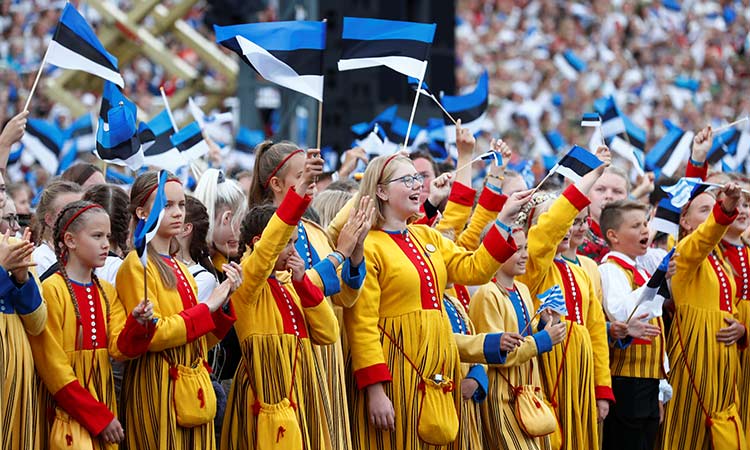 The giant festivals were a source of resistance under nearly 50 years of Soviet occupation which ended in August 1991.

All editions of the festival end with both singers and audiences standing to sing the patriotic song "My Dear Fatherland."

This was the cradle of what became known as Estonia's "Singing Revolution", a string of mass demonstrations against the Soviet occupation that began in 1987 and united 300,000 protesters in song.