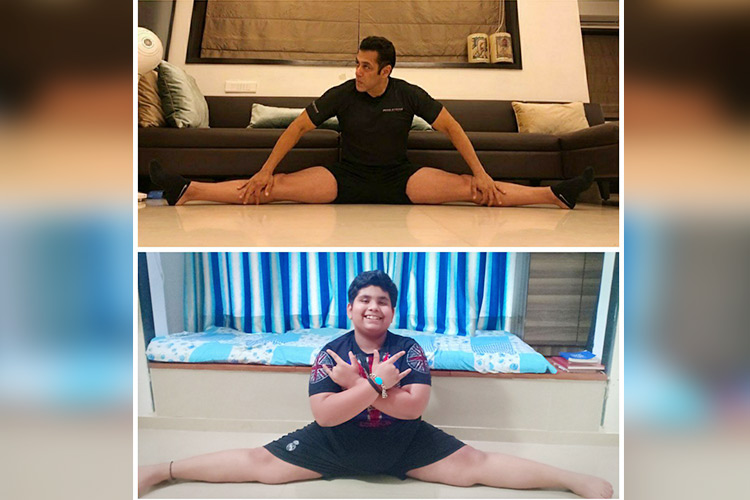 Akshat Singh is a big fan of Salman Khan and follows his footsteps.

While many passed demeaning comments on his excess weight, Akshat`s positive approach didn’t let him get effected from making his dreams come true.

"When I was small (really young), I was really fat... Everyone told me, 'You can't dance and you can't do anything in your life'. From that time, I just told my dad that 'I want to dance and show everyone that fat people can dance'," Akshat told IANS via a recorded response.

Recalling an incident, he said: "When I went to the dance class, the teacher said, 'He is a fat boy, I don't think he can even dance'. From that time, I had a thing in my mind that I want to show everyone that fat people can dance."

"There was a lot of hard work behind it. I went to the field in the morning around 4-5. Because at 6-7 other people would have come and teased me saying that I am fat," he added.

It was in 2014 when Akshat first went viral on the social media with his dance video on Salman Khan's popular numbers like "Oh oh jane jaana", "Tera hi jalwa" and "Dhinka chika". As he came out on the stage on his toy bike and in his police uniform, he not only impressed the judges of "India's Got Talent", but the Indian audience as well.

"When I was four, I saw Salman bhai's movie 'Wanted' and loved the song 'Tera hi jalwa'. I started dancing and one day my father asked me if I wanted to dance. I said 'yes' and then a teacher came to my house and taught me. That was when I thought I can be a dancer," he said, talking about how his love for dance developed.

"Salman bhai because he has a golden heart and loves everyone. And MJ because of his dance.”