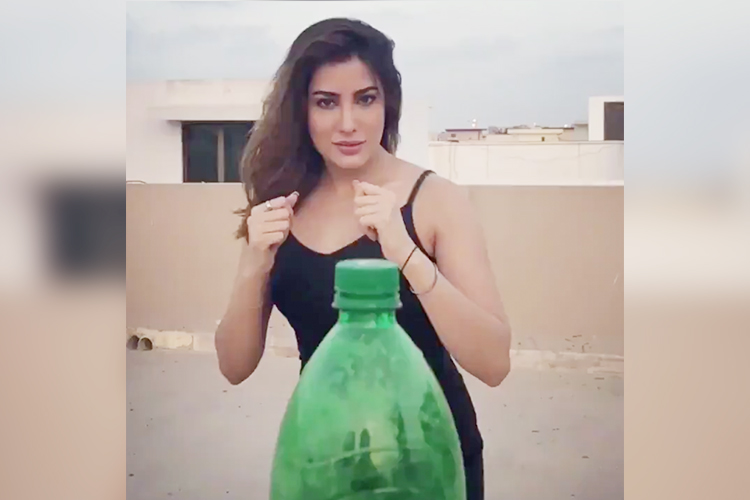 After the success of the Ice Bucket, Kiki and 10-Year Challenges, the #BottleCapChallenge is the latest trend on the Internet these days and celebrities around the world are not hesitating to give it a try.

Actor Mehwish Hayat is the first Pakistani among the world's celebrities who has accepted and completed the #BottleCapChallenge.

Mehwish tried the latest trend and she nailed it.

Taking to Twitter, Mehwish shared a video in which she can be seen kicking the cap off the bottle. The challenge has made its entry into the sub-continents with more and more celebrities performing it.

Actor Jason Statham, who is known for his action-thriller roles, gave a boost to the challenge, performing a spin kick to uncap the bottle after American singer John Mayer challenged him.