Sun-drenched Glastonbury revellers not stuck in the mud - GulfToday 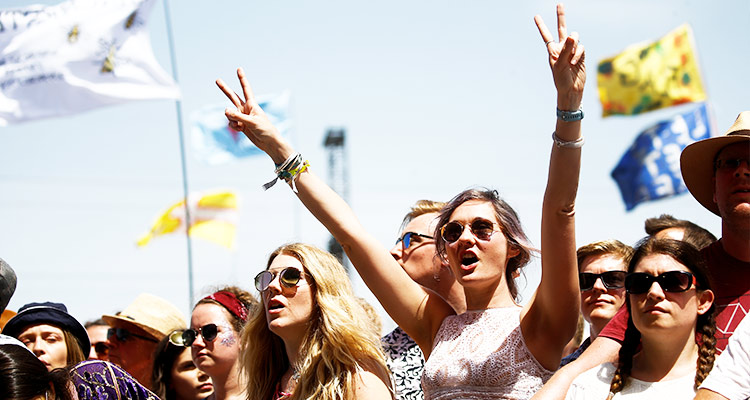 Since 1970, revellers flocking to the five-day event, held on a farm in Somerset, southwest England, have become experts in navigating the often waterlogged 350-hectare site.

Some years have seen the heavens open -- with 60.1 millimetres of rain falling on a single day in 2007, the most in nearly a century -- leaving festival-goers sodden and squelching through mud.

But the 49th edition of one of the world's biggest musical celebrations, which British grime artist Stormzy will kickstart Friday night with a headline performance, is taking place as most of Europe swelters in record-breaking heat.

Although the temperatures in Britain are more modest, it has been sharing in the unusually dry conditions, meaning many of the 130,000 festival-goers already at Glastonbury early Friday had left their "wellies" -- knee-high rubber boots -- at home this year.

That was a first for 17-time Glastonbury veteran Rory Davidson, a 48-year-old banker who has seen tents engulfed in mud on previous occasions.

Festival goers relax in the hot weather during Glastonbury Festival in Somerset.

Festival-goers in fancy dress enjoy the fine weather on the third day of the Glastonbury Festival.

Tents bake in the sun on the third day of the Glastonbury Festival of Music and Performing Arts.

Festival-goers listen to the music of Bjorn Again in the morning sunshine on the Pyramid Stage.

John Nobel, 36, another long-time attendee going boot-less in 2019, recalled being an "ignorant youth" on his first visit in 2004 and making the costly mistake of not bringing a pair.

"I had to get plastic bags over my shoes," he told AFP, basking in sunshine in a flowery shirt as the memories flooded back.

"It takes twice as long to go from A to B, because the mud is very thick, so it's very difficult to move.

"You can't sit down anywhere. If you can't get dry, it does get a bit wearying by the end."

Temperatures were tipped to reach 30 degrees Celsius (86 degrees Fahrenheit) in Glastonbury on Friday, significantly higher than the June average of 19C for the region.

The parched conditions emanating from a heatwave crippling central and southern Europe are almost certainly linked to climate change, according to Nicky Maxey of the Met Office, Britain's national weather service.

For Ronan McNern, a spokesman for the Extinction Rebellion environmental activist group, the lack of rain and mud shows "the rhythm of the season is going out of whack".

Even though it makes the festival more enjoyable, it is "definitely worrying", he said. 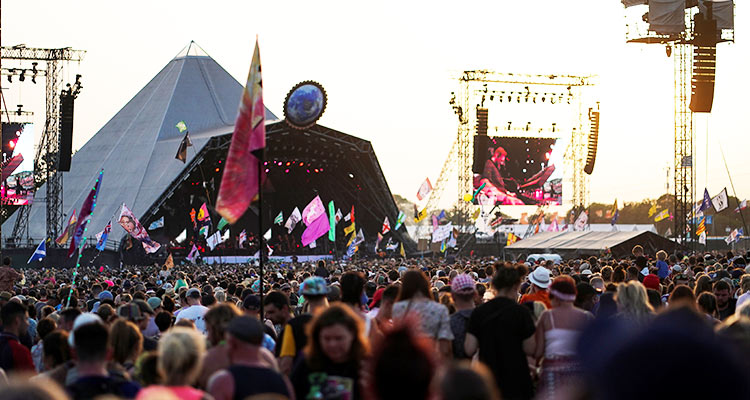 Despite the absence of the Glastonbury's infamous mud, some are sticking with their trusted wellies.

"What else would you wear?" said actress Leona Vaughan, 24.

"Wellies are not just for the weather, but also they are Glastonbury."

Making her fifth pilgrimage to the festival, she bought her first pair of the rubber boots for her first "Glasto" -- as some nickname the event -- and is still wearing them.

"It's trendy -- just like the glitter," added Vaughan, referencing her colourfully made-up face.

Her 15-strong group of friends from Oxford and London had all turned out in wellies, so they were prepared for anything.

"I kind of wish I was wearing sandals, but you just don't know what you (might) encounter at a festival," Shalini Rawlley said.

The 32-year-old London charity worker had opted for a pair of pink patterned boots, to match her bright and sparkling outfit boasting mermaids and unicorns.

"If not at a festival, then where?" she said of her colourful attire.