'Mona Lisa' is on the move in great Louvre makeover - GulfToday

'Mona Lisa' is on the move in great Louvre makeover 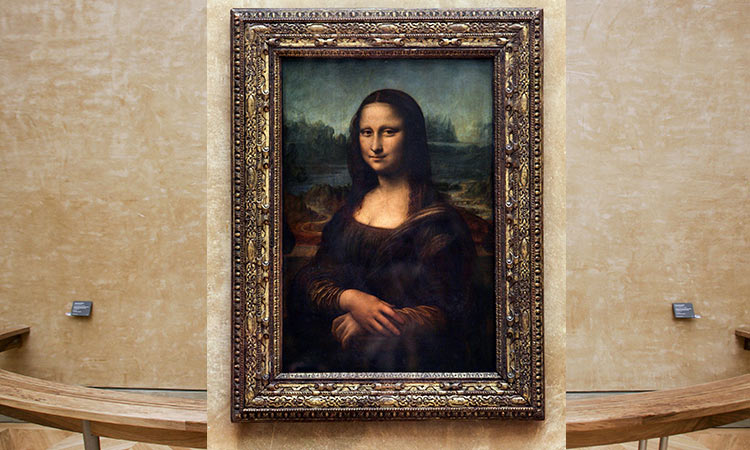 "Mona Lisa," is on display in the Salle des Etats room at the Louvre museum in Paris. AFP

The world's most famous painting, the "Mona Lisa", is to be moved so her room in the Louvre can be spruced up, the Paris Museum said on Friday.

Leonardo da Vinci's masterpiece will be carried less than "100 paces" to the adjoining Medici gallery during the night of July 16, the museum's director Jean-Luc Martinez told AFP.

The fragile 500-year-old painting is very rarely handled, and will remain protected by bulletproof glass in its temporary home.

The portrait of a Florentine noble will be returned to her spot in the States Room just before a blockbuster Leonardo exhibition opens at the world's biggest Museum in October.

The Louvre holds the largest collection of the Italian artist's work.

Martinez said the move was part of an immense rolling renovation of the museum, which is struggling to cope with more than 10 million visitors a year.

Tens of thousands of people each day pass through the room in which the painting is shown opposite Paolo Veronese's giant canvass, "The Wedding Feast at Cana." 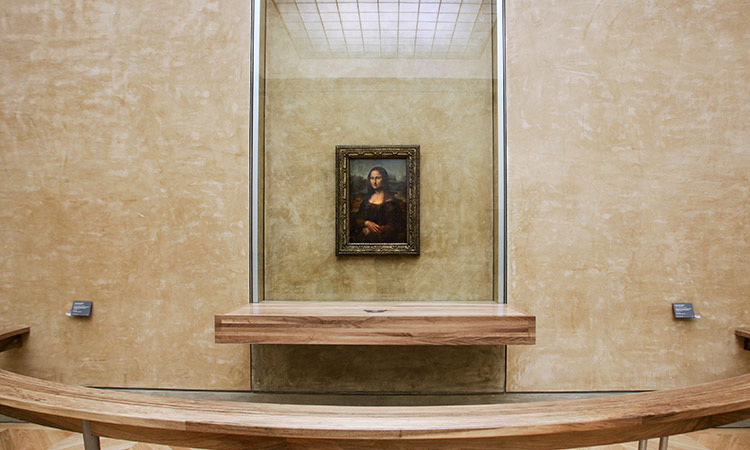 The famous painting by Italian artist Leonardo da Vinci, the Joconde "Mona Lisa," is on display.

It has been sealed inside protective wooden shuttering while the work goes on.

"The population of a town" passes every day through the room, said Martinez, which hasn't been redecorated since the early 2000s.

He said the "Mona Lisa" will stay in its original place for the Leonardo show — which begins on October 24 — as hanging it with the polymath's other works would have caused such bottlenecks that visitor numbers would have to be limited.

"We could not deprive 15,000 people a day from seeing the 'Mona Lisa'," the director insisted.

The painting, thought to have been begun in the first years of the 16th century, has been moved very rarely since it was first housed in the Louvre in 1804.

Indeed it hasn't left its walls in 45 years, and curators are strongly opposed to it doing so again, citing its fragility.

The painting was done on a thin panel of poplar, which has buckled over time, revealing a thin slit. 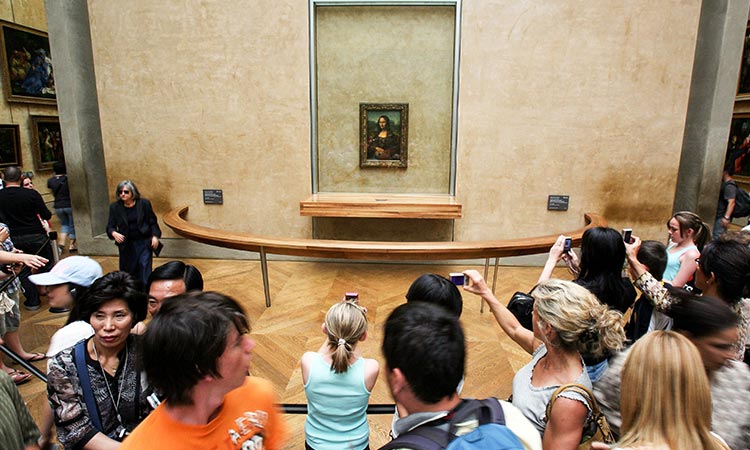 People take pictures of the Joconde painting (between 1503 and 1506) by Italian artist Leonardo da Vinci.

It last travelled in 1974 to Russia and Japan, having crossed the Atlantic in 1964 to be shown in the United States despite the fierce protests of the Louvre's curators.

The lady's not for touring

France's last culture minister, Francoise Nyssen, had hinted that it might tour during the refurbishment work.

Locals in Lens, a former mining town in the north of France which houses an outpost of the Louvre, campaigned for the "Mona Lisa" to be exhibited there.

Football fans even unveiled a huge banner of her in the local team's colours as part of their charm offensive.

Her hometown Florence has also pleaded for the painting to be shown there.

Vincenzo Perugia wanted to bring her back to her homeland, thinking mistakenly that she had been looted by Napoleon, like so many other Italian masterworks in the Louvre's vast collection.

In fact, Leonardo had taken the painting with him to France and finished it there in 1516, three years before his death.