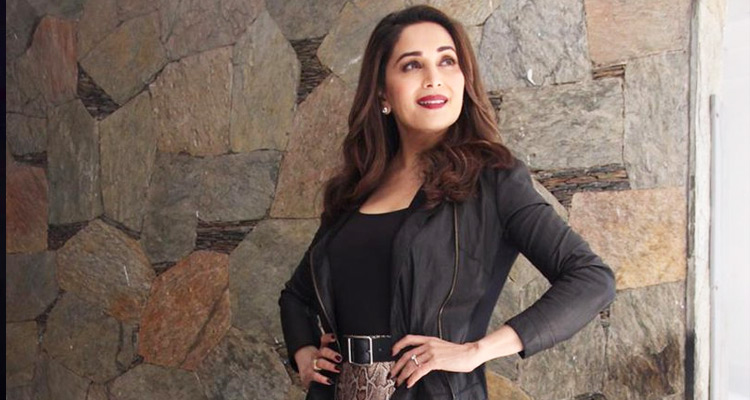 On Karisma's 45th birthday on Tuesday, Madhuri took to Twitter to wish her co-star.

On Karisma's 45th birthday on Tuesday, Madhuri took to Twitter to wish her co-star and said that the she also remembered the unlimited laughter the two actresses had on the sets that still continue.

"Wishing you a very Happy Birthday Karisma Kapoor. Just remembering the unforgettable dance off scene we shot for 'Dil To Pagal Hai' and the unlimited laughter on the sets that still continue every time we meet. I hope your special day is filled with loads of laughter and love," Madhuri tweeted. 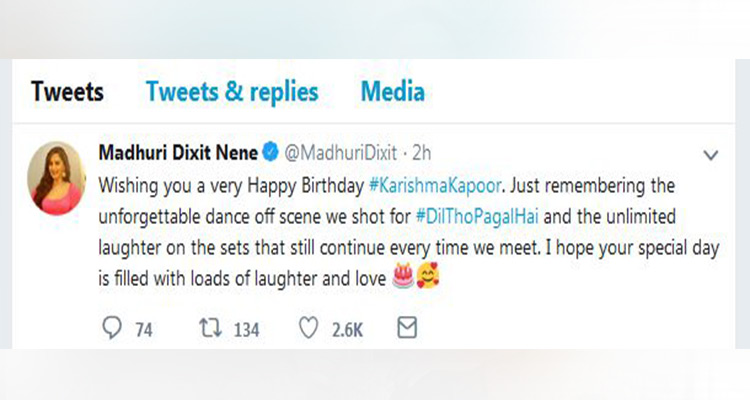 The film followed the love lives of the members of a musical troupe, in which two dancers compete for the love of a choreographer.