Alia Bhatt is all smiles in Ranbir's 'family' picture - GulfToday

Alia Bhatt is all smiles in Ranbir's 'family' picture 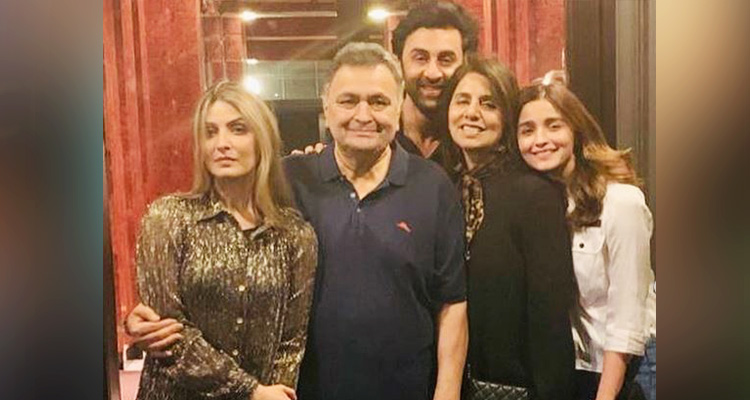 Actress Neetu Kapoor shared a series of photographs on Instagram. 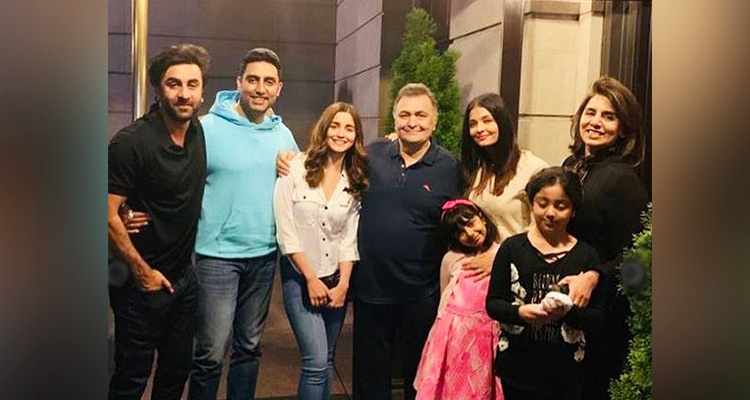 Neetu captioned the image: "Your family is your whole world. So so many loves in these beautiful moments."

In April, Rishi's brother Randhir Kapoor had said that he will be back home in a few months, amid reports that he was now "cancer free".

The actor has been receiving a steady stream of his film fraternity friends, like Karan Johar, Shah Rukh Khan, Aamir Khan, Priyanka Chopra Jonas and Anupam Kher, ensuring that they meet the couple on their visit to the Big Apple.