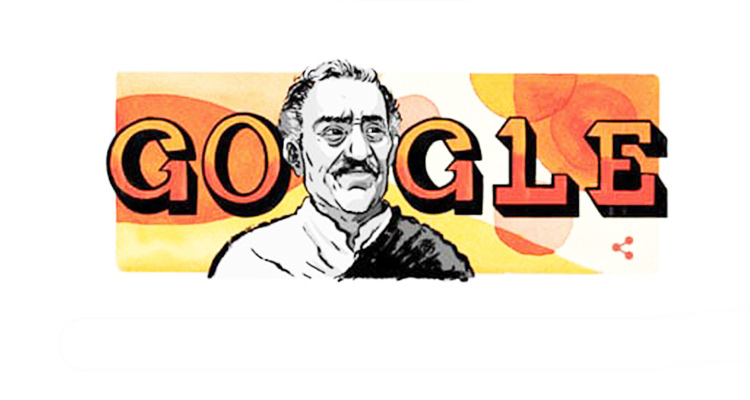 Pune-based guest artiste Debangshu Moulik celebrated the talent that Amrish Puri was with the doodle.

The life and legacy of legendary actor Amrish Puri was commemorated by Google with a doodle on his 87th birth anniversary on Saturday.

Pune-based guest artiste Debangshu Moulik celebrated the talent that Amrish Puri was with the doodle.

He was born in Punjab on this day in 1932, landed his first role at age 39 and went on to portray some of the most memorable villains in the history of Indian cinema, Google noted.

After working in the theatre world and doing voiceover parts, he made his Bollywood debut in 1971's "Reshma Aur Shera". A decade later, he broke into Hollywood as Khan, a supporting role in the Oscar-winning movie "Gandhi".

Amrish Puri appeared in more than 200 films in over half a dozen languages, including Hindi, Marathi, Kannada, Punjabi, Malayalam, Telugu, Tamil, and English.

At the age of 55, he played the iconic villain Mogambo in the 1987 cult classic "Mr. India", in which he delivered the famous line "Mogambo khush hua".