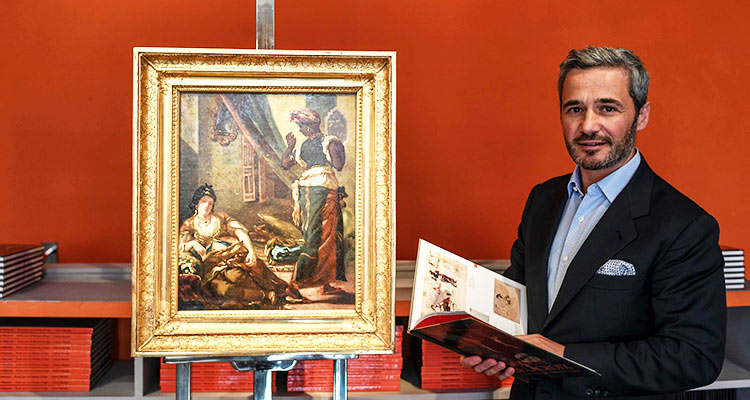 Delacroix, who was brought up by Charles-Maurice de Talleyrand-Perigord, known as Talleyrand.

A newly discovered version of Eugene Delacroix's Orientalist masterpiece, "Women of Algiers" went on display for the first time in Paris on Thursday.

Since then experts have been retracing its history and carrying out X-ray and infra-red tests on the picture.

Like the much larger version in the Louvre, it shows a reclining wealthy woman and a black servant.

The canvas disappeared after it was sold in 1850 by the French diplomat Charles-Edgar de Mornay, with whom the painter went to North Africa in 1831, shortly after the French conquest of Algeria. 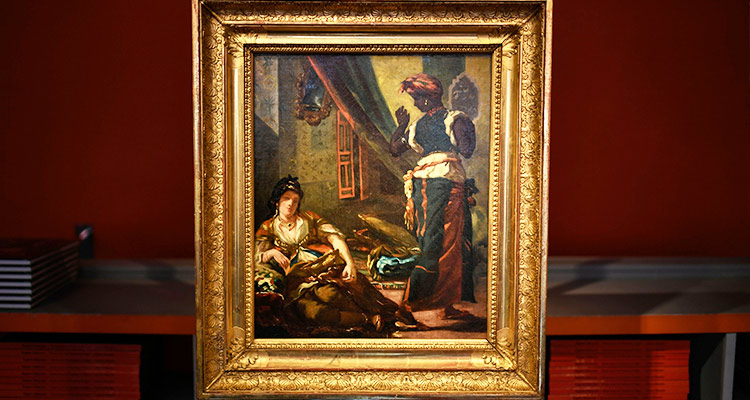 Like the much larger version in the Louvre, it shows a reclining wealthy woman and a black servant.

Delacroix, who was brought up by Charles-Maurice de Talleyrand-Perigord, known as Talleyrand -- one of the most famous diplomats in European history -- and was introduced to de Mornay by the ambassador's official mistress, the actress Mademoiselle Mars.

De Mornay also bought the monumental version in the Louvre as well as another scene of women in Algiers now in the Fabre Museum in Montpellier, to which Van Gogh and Gauguin made a pilgrimage to see in 1888.

The Mendes Gallery in Paris, where the "Women of Algiers" study is now on show, said there had been huge interest already in the painting from museums and collectors.

It said that the Montpellier version was thought to be lot number 118 in the de Mornay sale, but a stencil of that number was found on the back of the newly discovered canvas. 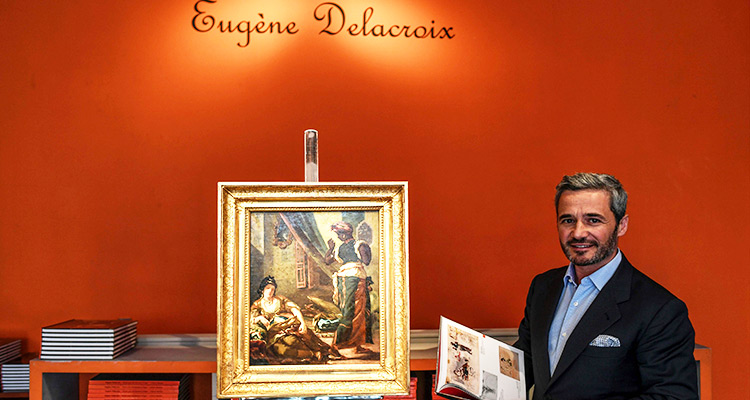 Gallerist Philippe Mendes discovered the work in the Parisian apartment of a female collector.

It was later authenticated by Delacroix expert Virginie Cauchi-Fatiga, who believes it was probably painted in 1833 or 1834, a few months before the artist presented his masterpiece at the Paris Salon.

Mendes said the painting, which will be shown shortly "outside Europe" after its Paris show ends on July 11, allows us to see "an essential marker in the long gestation of... this mythic painting".

This "major discovery" comes a week before a "lost" Caravaggio will go under the hammer in Toulouse in southwest France, the city where it had laid under an old mattress in an attic for 100 years.

Auctioneers estimate that the grisly biblical scene, "Judith and Holofernes", should sell for between 100 and 150 million euros (up to $170 million).

Some Italian experts, however, suspect the canvas is a copy made at the same time as the fiery Milanese artist painted it.