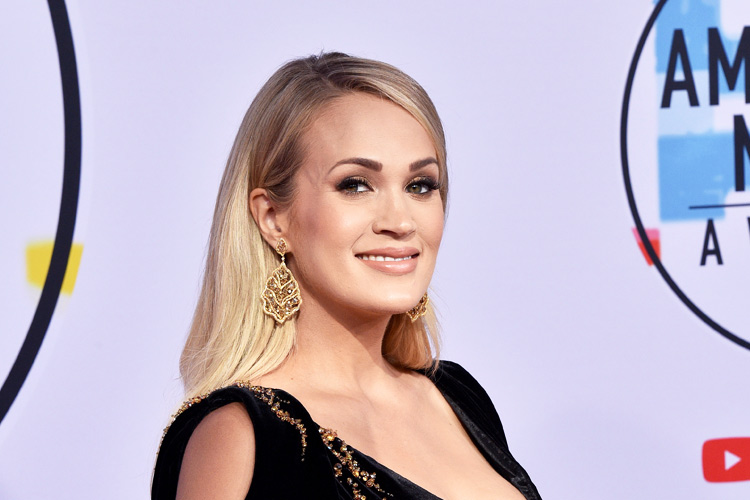 "She is the face of the format," say radio programmers of Carrie Underwood.

And there’s no reason to deny it: Underwood is the undisputed queen of modern country music.

She has scored 15 No.1 country singles, sold more than 65 million albums and captured seven Grammys, 14 Academy of Country Music Awards and seven Country Music Association (CMA) awards. With the 36-year-old Oklahoman on a national tour, we offer 10 reasons why Underwood rules.

While winning "American Idol" in 2005, she built a tremendous fan base who knew her small-town back story, girl-next-door personality and big, versatile voice. America was rooting for her from the release of her very first song.

While "Idol" established her as an American sweetheart, she's no pretty-faced pushover. She's no-nonsense in relationships (see ‘Before He Cheats’ and ‘Two Black Cadillacs’) but still can be playful (‘Last Name’) as well as loving (‘Heartbeat’, ‘Mama's Song’).

"In a Cardi B/Nicki Minaj world, Carrie Underwood is the ultimate reassurance," said Holly Gleason, editor of the award-winning book "Woman Walk the Line: How the Women in Country Music Changed Our Lives.” "She's gracious, she's kind, she's humble. She's the rose in the garden of American womanhood."

On "Idol," she poured deeply felt emotion into everything, from the Bonnie Raitt lament ‘I Can't Make You Love Me’ to Heart's power ballad ‘Alone’. She ripped it up on Pat Benatar's ‘Love Is a Battlefield’ and put her own knowing touch on country tunes such as ‘Bless the Broken Road’. Her country career and all those female-vocalist-of-the-year trophies speak for themselves.

"I don't know any females who can do what she does with her voice," said Twin Cities K102 country radio personality Chris Carr. "She could sing Queen and knock it out of the park." 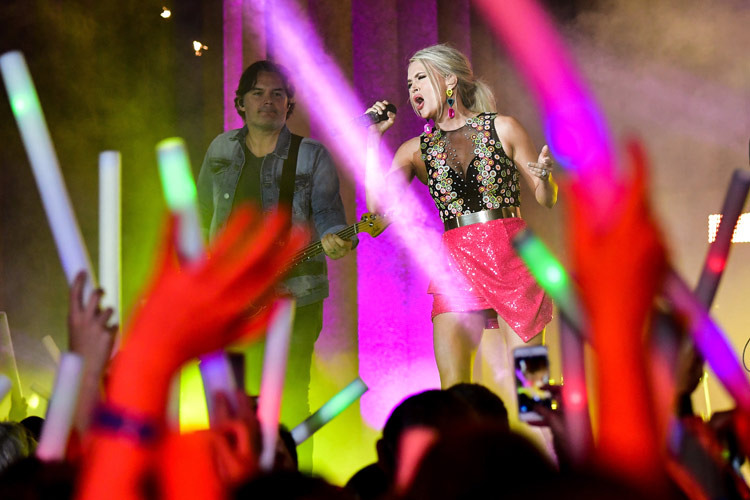 In today's social media-dominated world, Ms Squeaky Clean has steadfastly avoided controversy. You don't hear about her on TMZ or in the tabloids, unless it was a question over whether she got plastic surgery by choice or because she tripped at home and fell on her face.

Underwood isn't afraid to take a stand, whether it be about religion, veganism or pets. But she doesn't proselytise, berate meat eaters or stick a finger in your chest in person or on Twitter. Perhaps her strongest statement was ‘The Bullet’, the 2018 song ruminating on school shootings.

She's not shy about stepping out of country. She rocked with Aerosmith on the ACM Awards and in the recording studio, joined the Rolling Stones onstage in Toronto and invited Joan Jett to duet on ‘Bad Reputation’ and ‘I Love Rock 'n' Roll’ at CMA Fest in Nashville this month.

In 2013, she starred as Maria Von Trapp in the live TV production of ‘The Sound of Music’. Not afraid of naysayers, she teamed with her rival, country bad-girl Miranda Lambert, on ‘Something Bad's About to Happen’ and got Ludacris to rap on her own ‘The Champion’.

For her current tour, the country queen enlisted two young female acts — Maddie & Tae and Runaway June — as openers. The all-female lineup is uncommon in country.

"You look at my audience, you see tons of little girls. Why wouldn't they want to see other super-talented young women?" Underwood told Pollstar.

She's a supportive spouse, too. When her husband was playing with the Nashville Predators, Underwood was a regular at the rink. And she wasn't afraid to call out referees on Twitter. 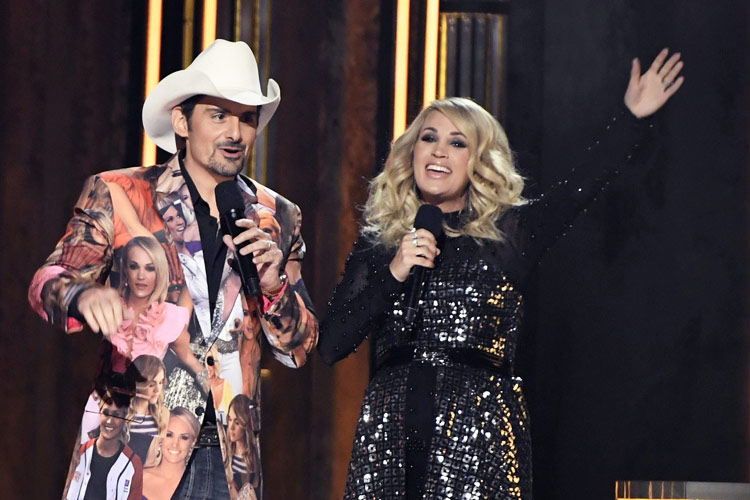 She co-writes many of her songs and coproduced her latest album, ‘Cry Pretty’. "There's no Svengali behind her," said Gleason, a long-time Nashville music journalist who has interviewed Underwood several times. "She doesn't get enough credit for how talented she is."

Co-hosting the CMA Awards for the past 11 years with Brad Paisley not only gives her high-profile visibility but enables her to showcase her personality. Even though she plays the straight woman to jocular Paisley, Gleason insists that Underwood has more to do with the funny ideas than people think.

Fifteen years into her recording career, Underwood is still going strong. Country radio programmer Lucas Phelan doesn't underestimate the sonic vibe of her songs. "Whether they're power ballads or rockin' out like 'Blowin' Away’, there's momentum to them," he said. "People subconsciously crave momentum. It's hard to take a break in today's society."

And it's hard for country music to take a break from Carrie Underwood.