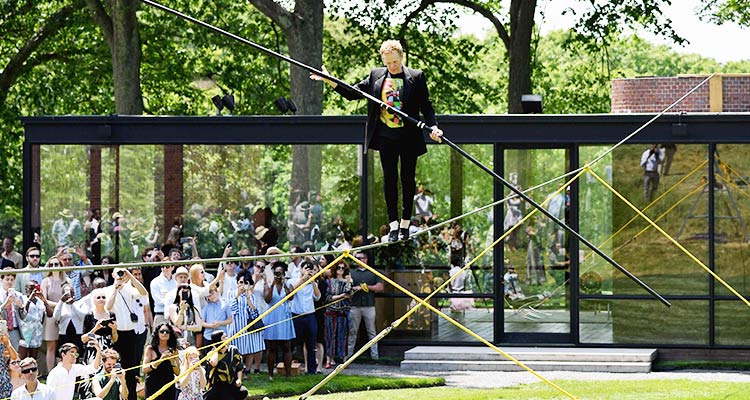 Weeks from his 70th birthday, and a few decades from his famous high-wire walk between the Twin Towers of the World Trade Center, French tightrope artist Philippe Petit continues to defy gravity.

It's been a few minutes since Petit wrapped up his show on this sunny Saturday afternoon but his mind is still up there. Several people draw near, but the red-haired artist appears not to see them.

He has come down off the wire but not out of his trance.

"My close friends, they say when you come back down after a walk, you're like a zombie, like an alien.

"You're still on the wire," he said after the walk earlier this month above the roof of the Glass House -- a house-turned-museum in New Canaan, Connecticut, designed exactly 70 years ago by famed architect Philip Johnson.

With a tight physique but a supple way of moving, Petit says age hasn't dented his abilities. He still trains three hours a day, six days a week.

"I think I can do what I was doing when I was 18 years old," he said after the ceremony to mark the Glass House's 70th birthday.

"I think I'm actually more in possession of my talent as a wire walker today at 70 years old than I was as a little kid," he added.

Several people draw near, but the red-haired artist appears not to see them.

With a tight physique but a supple way of moving, Petit says age hasn't dented his abilities.

He decided to stay permanently in the United States after his famed walk at the World Trade Center.

A return to Notre-Dame?

At the Glass House, as always, mischief-maker Petit is never content to simply walk on the wire.

He lengthens his stride, then lies down, and then starts all over again, just like during his World Trade Center walk. The performance helped humanize the initially cold-seeming towers.

"I wasn't born in the circus. I was born in the theater, in the opera," said the self-taught performer.

"I am a poet wire-walker and I want to use my wire to connect."

From his home in northern New York, not far from Woodstock, the subject of the Oscar-winning documentary "Man on Wire" (2008) and the movie "The Walk" (2015) fantasizes about seeing himself summit increasingly high towers, all over the world. 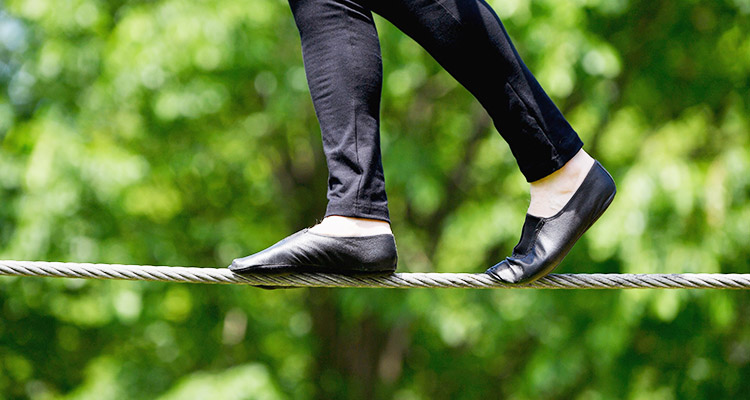 The balancing man is currently preparing for an international tour, though he can't give many details yet.

The twin Petronas towers in Kuala Lumpur (1,483 feet high) made him dream, but it is no longer possible to undertake such feats without permission, he admitted, even though he once strung his wire high above New York, Paris or Sydney without authorization.

"A guy with a ton of equipment at night on top of a giant tower -- don't you think they're going to shoot him and then ask questions?" he asked.

"We live in a world that is so paranoid about security."

The balancing man is currently preparing for an international tour, though he can't give many details yet.

He also has the Notre-Dame cathedral in Paris on his mind, which, along with the rest of the world, he saw burn on April 15.

"I would love to maybe do a walk again between the two towers like I did in 1971," he said, "to help rebuild or to be part of the promotion of what's happening."