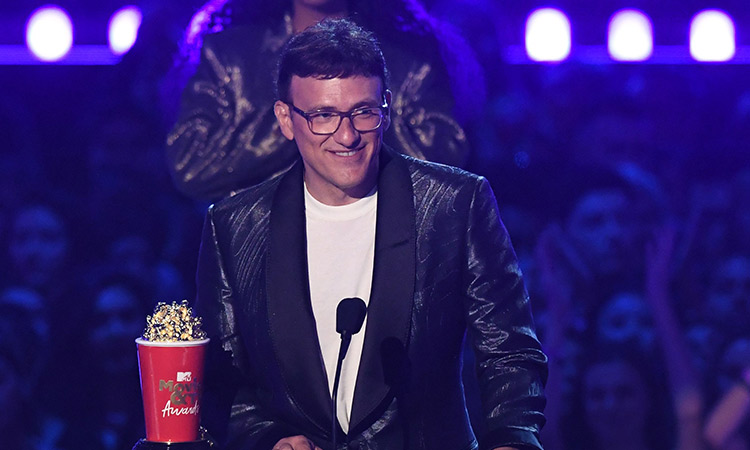 "Endgame," the second-highest grossing film of all time, picked up the best movie award, as well as best hero for Robert Downey Jr's Iron Man and best villain for Josh Brolin as Thanos.

Oscar-winner Larsen added to the superheroes' haul by picking up the best fight award, praising her stunt workers as the "living embodiment of Captain Marvel" as she brought them up on stage.

Joanna Bennett and Renae Moneymaker, who also trained Larsen for the first female-led Marvel Studios/Disney superhero film, said it was an "honor" to work on the film and "be a part of bringing such a strong female character to life."

Elisabeth Moss accepts the award for Best Performance in a Show for "The Handmaid's Tale." Valerie Macon/AFP

Lana Condor and Noah Centineo accept the Best Kiss award for 'To All the Boys I've Loved Before.' Amy Sussman/AFP

The cast of "Love & Hip Hop: Atlanta" accept their award for reality royalty onstage during the 2019 MTV Movie & TV Awards at the Barker Hangar in Santa Monica. Valerie Macon/AFP

And in the evening's most poignant moment, victims of sexual abuse were honored by the producers of "Surviving R. Kelly," which won best documentary.

"Survivors walked through the fire and then stood again to tell this story," said Lifetime network executive Brie Miranda Bryant.

The docu-series has led Chicago prosecutors to publicly seek out potential victims of R&B star Kelly, who has pleaded not guilty to felony sex crime charges.

Newcomer Noah Centineo was the night's biggest individual winner, scooping awards for breakthrough performance and best kiss alongside Lana Condor for Netflix teen romance film "To All The Boys I've Loved Before."

But it was a disappointing night for "Game of Thrones", which won best show but lost out in three other categories. 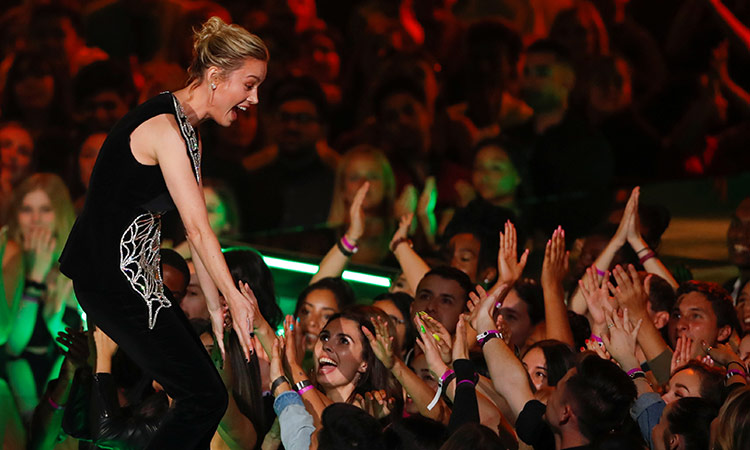 The epic fantasy's final season was widely panned by critics and audiences.

The MTV Movie and TV Awards have been taking a sideways look at Hollywood since 1992, honoring films and their actors with "golden popcorn" statuettes.

The nominees are decided by producers and MTV executives, while the winners are chosen by the public, who vote online.

This year it added off-beat new categories for "most meme-able moment" and "reality royalty."

For the second year running, the show was pre-recorded on Saturday in a cavernous hangar at Santa Monica Airport in southern California.

BEST PERFORMANCE IN A MOVIE: Lady Gaga - "A Star Is Born"

BEST PERFORMANCE IN A SHOW: Elisabeth Moss - "The Handmaid's Tale"

BEST KISS: Noah Centineo & Lana Condor - "To All the Boys I've Loved Before"

BREAKTHROUGH PERFORMANCE: Noah Centineo - "To All the Boys I've Loved Before"

MOST MEME-ABLE MOMENT: Colton Underwood jumps the fence - "The Bachelor" 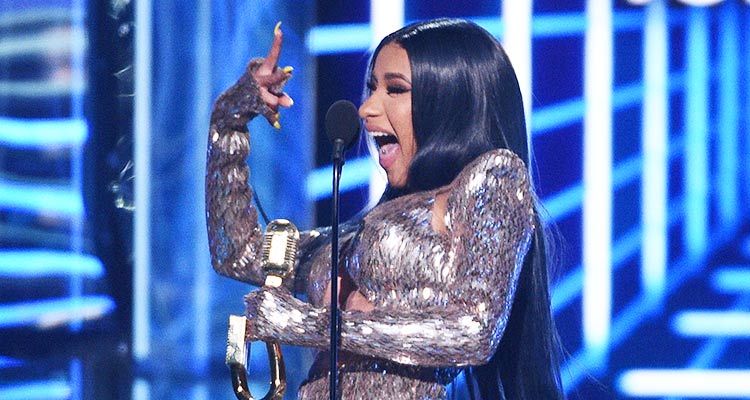 Cardi B is officially joining the "Fast & Furious" franchise in the upcoming ninth film of the series. The rapper opened up about her character Leysa and how she came to be involved with "Fast & Furious 9".