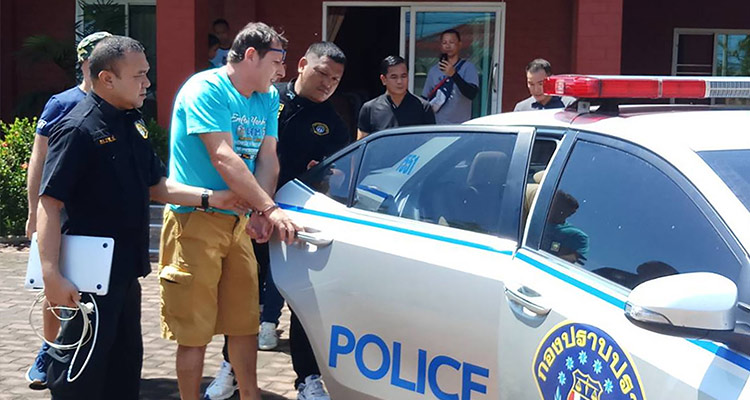 Italian national Francesco Galdelli is seen after he was arrested on the outskirts of Pattaya.

Francesco Galdelli, 58, and Vanja Goffi, 45, were arrested Saturday at a house on the outskirts Pattaya after an operation between Thai and Italian authorities, officials said.

"During interrogation, Francesco confessed to claiming to be George Clooney and opening a clothes business to trick people into sending money," a statement from Thailand's Crime Suppression Division said. 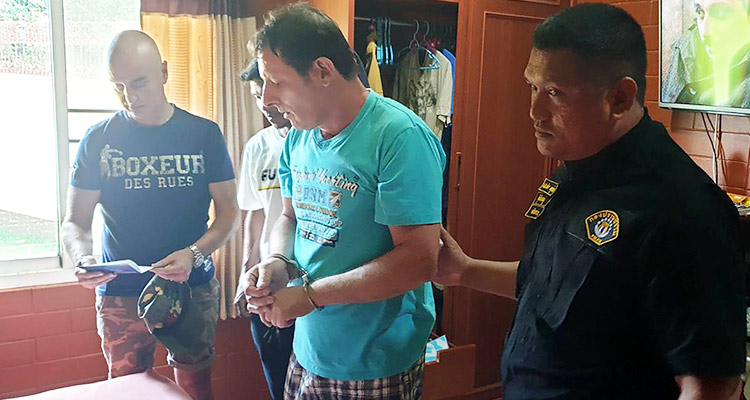 An Italian who masqueraded as Hollywood superstar George Clooney to sell clothes online has been arrested with his wife.

The couple is also wanted in Italy for multiple scams including selling fake Rolex watches online, the statement said. They sometimes mocked their victims by sending packets of salt instead of the timepieces.

Their crimes led them to be dubbed the Italian 'Bonnie and Clyde' after the notorious American bank robbers of the Great Depression era.

Footage from a police drone showed the pair -- wanted on an Interpol red notice since 2013 -- carrying a bag as they were taken into custody. 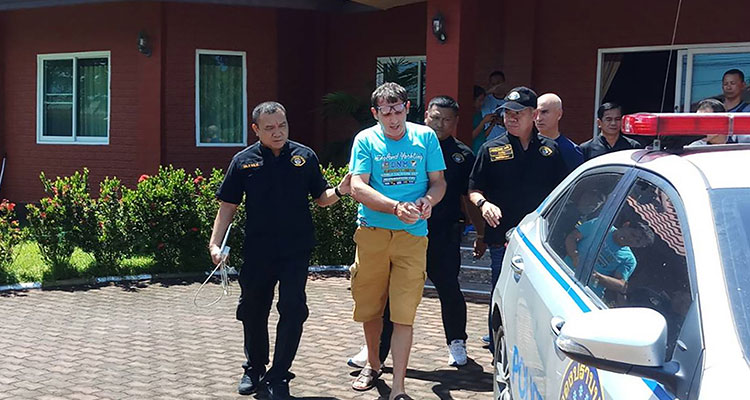 The duo were arrested in Thailand after years on the run.

They were nabbed after police surrounded their luxury compound in a stakeout using electronic surveillance and a drone, Italian police said in a statement.

The case against the pair stretches back several years after Clooney told a Milan court that the pair -- and another accomplice -- had fraudulently used his name to promote a fashion range.

Pattaya, the Thai town they were found holed up, is infamous as a hideout for gangsters and criminals from across the world.

"They stayed in Thailand since 2014 and never left," police said, adding a court will charge them under local immigration laws before extradition proceedings begin.