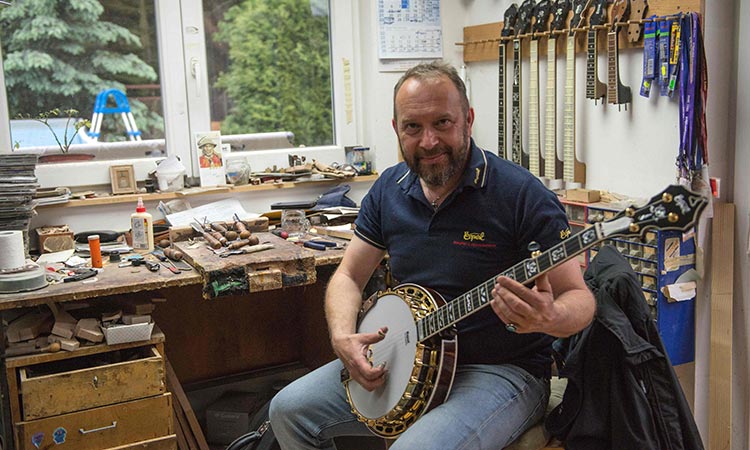 Banjos and mandolins maker, Rosta Capek poses at his workshop in his house. Michal Cizek/AFP

"I'm still waiting on a name for it. I've just decided she's a 'she'. But it should be a Czech name," the American musician says of his six-month-old handmade banjo, crafted in a tiny village tucked away on a Czech mountain range.

Luberecki, who was named the 2018 Banjo Player of the Year by the International Bluegrass Music Association (IBMA), is one of several renowned artists of the country and western style music to play banjos and mandolins made by Rosta Capek.

"When Ricky Skaggs, a star of stars and an absolutely fabulous musician for many people, buys an instrument from you, it's fantastic," Capek told AFP, at his workshop in Chouzava, a village about 30 kilometres (19 miles) south of Prague.

Bluegrass was everywhere as Capek was growing up in a small flat in Prague — he would listen on tape to the sounds and songs of Bill Monroe, the originator of the musical style. 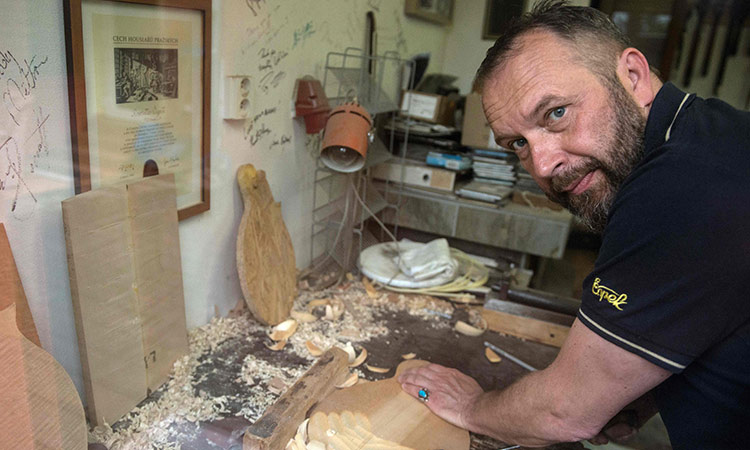 Rosta Capek made his first banjo in 1985 when the country was still under communist rule. Michal Cizek/AFP

His father founded and managed ex-Czechoslovakia's first and only women's bluegrass group, in which Capek's mother played banjo.

"I was sure I wouldn't be a professional musician. I saw my parents rarely, they had 260 concerts a year.

"But my love for musical instruments led me to study at a violin making school," he said.

He copied his mother's Gibson, one of only two five-string banjos in the country, where all things American were strictly banned.

"Mum got the Gibson from a factory where she played a show with her band," Capek said.

Communist rule played a major role in the development of the local bluegrass scene and the music's popularity.

Over time, Czechoslovak bluegrass evolved from the country's "tramp" movement that saw hundreds pack up and leave cities to roam the countryside at weekends between the two world wars. 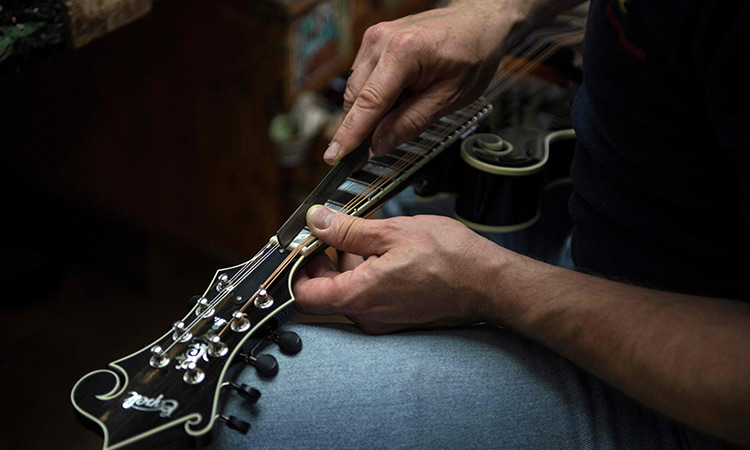 Live music became the obvious pastime for long evenings by the campfire.

"The communists wouldn't allow them to sing in English so they wrote Czech lyrics for bluegrass and country standards," said Petr Brandejs, head of the Czech Bluegrass Association.

Sung in Czech, songs like "Jesse James", "Orange Blossom Special" or "Folsom Prison Blues" soon found their way into the improvised and spontaneous jam sessions still beloved of many Czechs.

After the 1968 crackdown on the Prague Spring movement by Soviet-led armies, authorities forced bands with English names to change them to Czech ones if they wanted to perform.

They did and the music lived on.

Capek sold his first mandolin in the United States in 1995.

"The first one paid my air ticket so I was happy, but I still had a long way to go," said the man, who now makes about a dozen mandolins and up to 50 banjos a year.

"When we go to America now, we're confident. We know we have top-quality instruments that the stars like to play," he said.