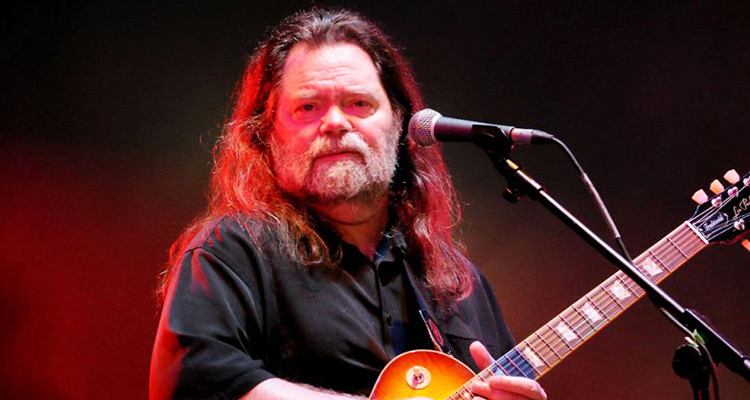 Erickson struggled with mental health issues throughout his life.

Erickson's death on Friday was confirmed by his representatives in a statement that described him as a "heroic icon of modern rock'n'roll and one of the best friends the music ever had", reports theguardian.com.

The cause of death had not been released and the representatives appealed for privacy for his family.

Musician Billy Gibbons, a long-time friend, said: "It's almost unfathomable to contemplate a world without Roky Erickson. He created his own musical galaxy and early on was a true inspiration."

Erickson was the frontman of the 13th Floor Elevators, a psych-rock band from Austin, Texas, where he grew up. Their rollicking debut single "You're Gonna Miss Me", included on the Nuggets compilation that defines 1960s garage rock, remains one of the most celebrated songs from that scene.

The band were advocates of the use of LSD and their work became increasingly expansive - their eight-minute song "Slip Inside this House", from their second album, would later be covered by Primal Scream.

Erickson struggled with mental health issues throughout his life, and was frequently treated in hospital for schizophrenia. When he was arrested for marijuana possession in 1969, he chose to be admitted to a psychiatric hospital instead of taking a jail term - he ended up spending three years in a maximum security hospital and was given damaging electric shock therapy.

The hospitalization brought the band's career to an end, though they reunited for one-off gigs in 1984 and 2015.

Erickson continued solo, with backing bands including the Aliens and the Explosives, though his mental health continued to suffer and he performed less in the 1980s and 1990s.

He was married twice and had three children. In 1989, he was arrested for stealing his neighbours' mail, though the charges were later dropped.

His younger brother, Sumner, was given custody of him in 2001.

Improved health meant that he returned to performance, collaborating with bands including Mogwai and Okkervil River.