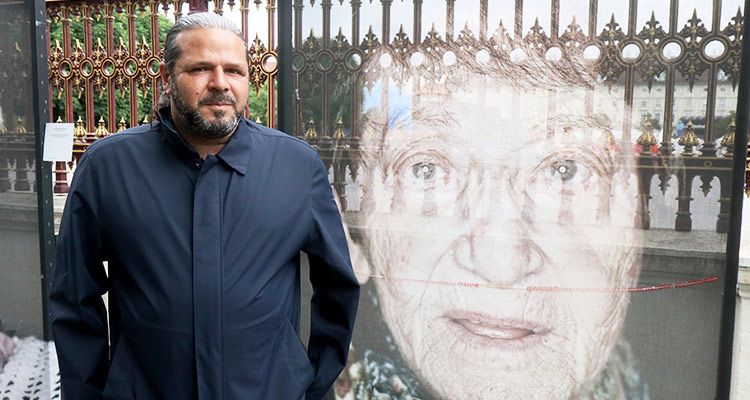 "This destruction is the worst possible scenario," German-Italian artist Luigi Toscano told The Associated Press. "These survivors trusted me when I took their photos and now their pictures have been defaced - I'm shocked."

In the most recent attack, 10 larger-than-life portraits of Holocaust survivors, which are on show on a central Vienna street, were slashed across the faces late Sunday. 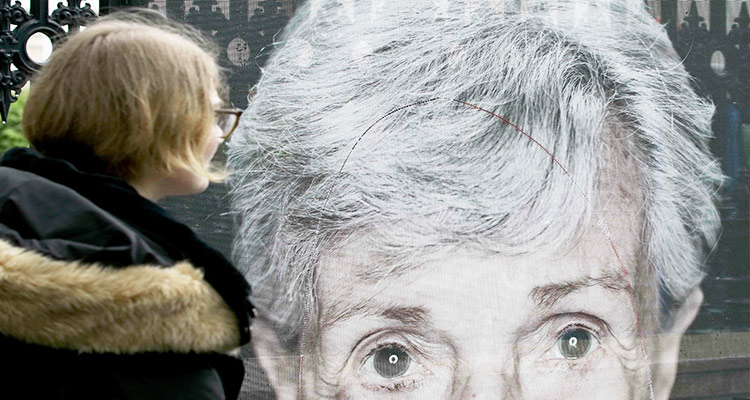 A woman looks at destroyed and repaired pictures by the artist Luigi Toscano.

Earlier, three pictures were cut and four were defaced with swastikas and anti-Semitic slurs, Toscano said. President Alexander Van der Bellen, who opened the exhibit "Lest We Forget," condemned the attack Monday. Vienna police are investigating.

The exhibition, on part of the Ringstrasse, a busy road that runs around downtown Vienna, is made up of 80 portraits of Holocaust survivors.

Toscano said he talked to some of the survivors after the vandalism occurred and though they were hurt, they told him that, "now more than ever before these portraits need to be shown."

The artist also received support from many people in Vienna, he said. A group of young Muslims, a Catholic youth group and a Viennese theater group arranged for an around-the clock vigil that started Monday night. More than 60 people showed up to protect the exhibit all night, Toscano said. Some brought along tents, lit candle and some even showed up with sewing kits. 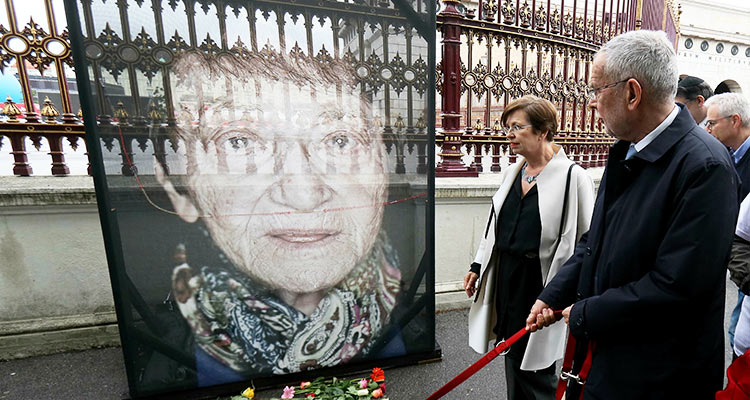 Austrian President and his wife Doris Schmidauer, look at destroyed and repaired pictures by the artist.

"I was especially touched by the women who came and stitched the photos back together," Toscano said. "I didn't even think it was possible. "

The supporters in Vienna said they'd continue their vigil until the exhibit closes on May 31.

The portraits, which are 2.5 meters (8 feet) tall and 1.5 meters (5 feet) wide, are made from a textile-like material that is water-repellent. So far, they have been shown in 13 countries worldwide. An exhibit in San Francisco just ended without any incidents, while another that's currently on show at the banks of the Rhine river in the western German city of Mainz is getting police protection, Toscano said.

On Tuesday, the United Nations Human Rights office condemned the attacks on the exhibition and expressed concern "about the rise in anti-Semitic incidents taking place in a number of European countries and the United States."