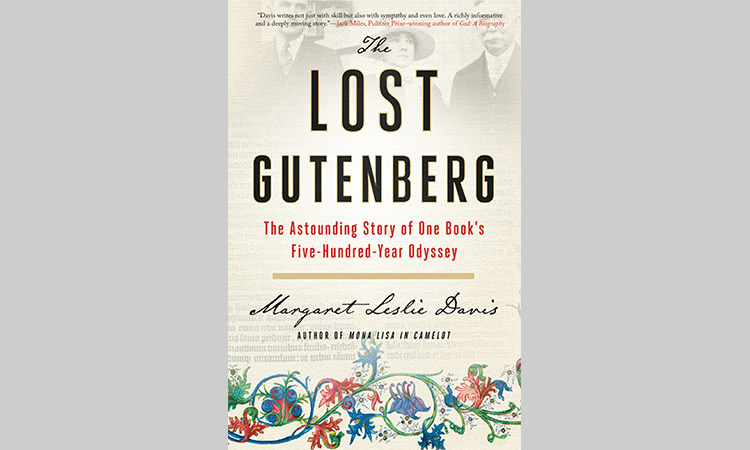 Despite its misleading title, “The Lost Gutenberg” is a fascinating read for anyone who cares about books. The bibliobiography’s subject is the Gutenberg Bible known as Number 45, which was published in 1456 and became the world’s most expensive book when it was sold in 1987 for $5.4 million.

The title could lead readers to think the Bible was stolen at some point, or held for ransom by Russian mobsters, but it was only “lost” in the sense that the book’s key figure, L.A. socialite Estelle Doheny, first tried to buy it at an auction where she was the losing bidder.

She didn’t blow her second crack at the book, though, and Margaret Leslie Davis paints a vivid portrait of Doheny, a book collector who prized the Bible because of her Roman Catholic faith.

Relying on diaries and financial records, Davis’ lively book traces Number 45 through the hands of five eccentric owners but it gets most interesting after Doheny’s 1958 death. She left Number 45 to the church, which waited the legal minimum of years before unloading it, allegedly to finance the redo of an archbishop’s home.

It’s a betrayal of Doheny, a woman we’ve come to admire, but also a surprising step toward scientific study of Number 45, which ended up unlocking secrets about how Gutenberg revolutionized printing and, thus, the world.