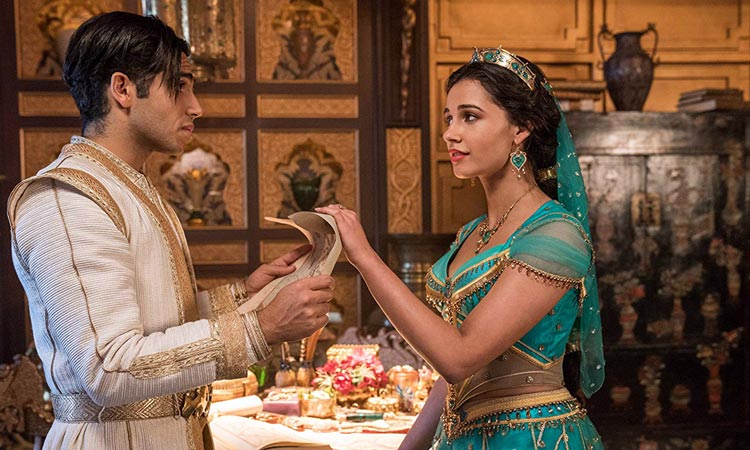 The stars of the new 'Aladdin' movie are on the ultimate magic carpet ride.

But the new live-action adaptation is a whole new world, and the two are centre stage, alongside box office titan Will Smith.

Massoud, who plays Aladdin, and Scott, who portrays Princess Jasmine, relished the chance to put modern twists on their beloved characters.

For Scott, that meant developing Jasmine beyond the version introduced to viewers nearly three decades ago.

“Most importantly, you’re taking a character that’s from an animation and just humanising,” Scott told the 'Daily News.'

“We wanted her to be even more ambitious. In the original, she’s fighting for the choice to marry who she wants, which is amazing, but in this movie, she’s not just fighting for her own choice.

“She’s fighting for the freedom and the choice of her people. At the beginning of the movie, her objective is she wants to lead. I think that’s really important, because I think sometimes it’s about just telling the story through a female narrative.

“Actually having a narrative, whatever that may be. For Jasmine, that’s finding her voice.”

Massoud, too, faced the tall task of putting his own spin on Aladdin. He stopped watching the original after receiving his first callback during auditions to avoid being too heavily influenced. 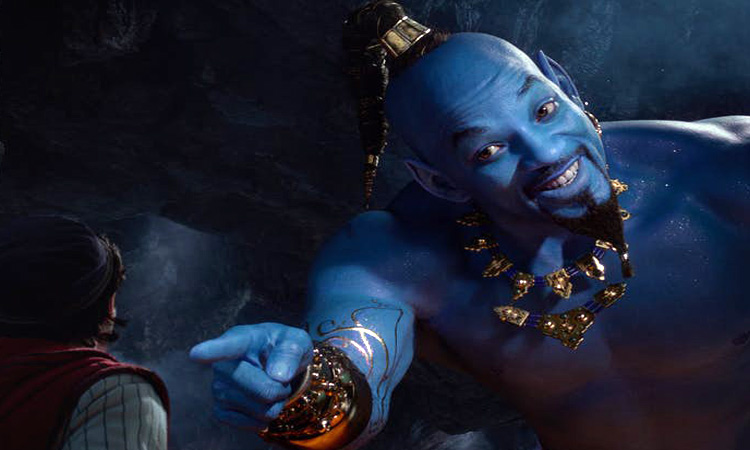 Will Smith brings his own superstar personality to the role of Genie in the film.

The actor worked with director Guy Ritchie and the film’s creative team to tap into Aladdin’s selfless nature and eagerness to support Jasmine.

“He’s on a search for his personal identity, and I think that’s something that everybody goes through,” Massoud told 'The News.'

“I went through it in high school. It’s like, ‘Who am I? Am I good enough? Is my background good enough? I know I’m different, but do I have a voice?’ (Aladdin) literally goes on that journey in the film.”

Many other aspects of the new 'Aladdin' feel like a trip down memory lane.

Songs like 'Friend Like Me,' 'Prince Ali' and 'A Whole New World' are featured, and it still centres on the street-smart Aladdin coming across a magic Genie (Smith) and wishing to become a prince to marry Jasmine, the isolated princess of the fictional city of Agrabah.

Massoud, 27, is of Egyptian heritage, and Scott, 26, has Indian and English roots.

Both stars praised the diversity of the new film’s cast and are thrilled by the opportunity to provide representation for audiences who don’t often see themselves on screen in these types of movies.

“That’s, for me, one of the things that I’m most proud of with this film,” Massoud said.

“This never happens. To be able to represent Middle Easterns and Indians and Asians, and hopefully that’s a symbol for all the other ethnic groups, for Latinos and everybody else, that you can make a big blockbuster movie like this,” Massoud said.

“Hopefully it succeeds and they continue to make them.”

Scott remembers bonding with her older brother over the original 'Aladdin' as a child and says the movie left an impression on her.

“For my brother and I, that’s what we would play all the time,” she said. “When you’re a kid, it’s what you see. If you see yourself in something, that’s just so powerful, just on its own.”

Massoud shares many scenes in the movie with Smith, whose eccentric Genie was voiced by the late Robin Williams in the animated film.

Williams set a high bar with his unforgettable performance, but Massoud and Scott agree that casting Smith was spot on.

“What (Williams) did with the Genie in the original was that he was just himself, essentially,” Massoud explained.

“He did all the things he was good at. He did all the different voices, and he was just his big personality, and Will’s the same way.

“He has a big personality, but he does all the things that he’s good at. So he raps in this, essentially. He brings his personality to it.

“When Will walks into a room, everyone is like, ‘Will Smith is here.’ And the Genie has to be like that,” Massoud continued. “When the Genie walks into the room, it’s like, ‘Who is this guy running the show?’” 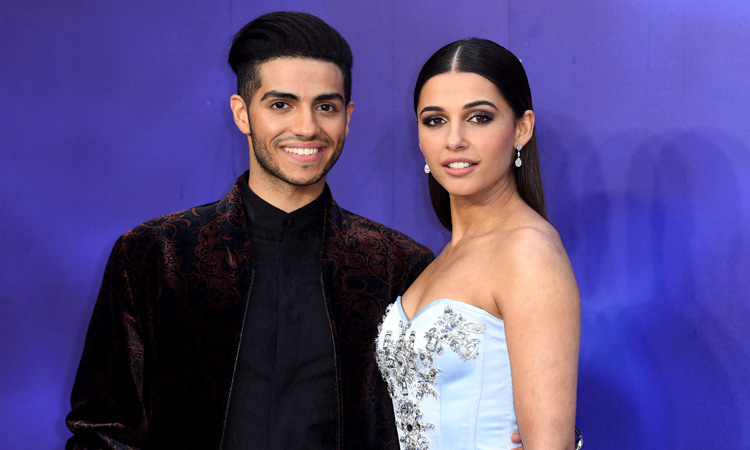 While Massoud is a Canadian actor with Egyptian heritage, Scott has Indian roots. Doug Peters/TNS

In addition to bringing back well-known characters like Abu, the Sultan and the villainous Jafar, the new 'Aladdin' introduces several fresh faces, including Nasim Pedrad’s Dalia, who is Jasmine’s handmaiden and best friend.

Jasmine’s bond with Dalia resembles Aladdin’s relationship with the Genie, giving the princess someone she can rely on.

“I think it’s really important that Jasmine has her female best friend, the woman that she’s grown up with,” Scott said.

“We wanted to just have that feel of when two best friends are watching it, they’re like, ‘Oh, I’ve been in that situation with my friend.’

“Just little things like that, and luckily she’s now one of my closest friends, so it worked out well.”

The actors wrapped up production on 'Aladdin' more than a year ago, but Massoud says it’s only now starting to sink in that he played such an iconic character.

Scott isn’t sure if it will truly hit her until the movie comes out.

“I hope people come out of there learning something about themselves, and feel empowered to have a voice and be themselves, because I think at the end of the day, the movie is about just being yourself and being proud of who you are and where you come from,” Massoud said.

“I also hope people of colour come out of the film and go, ‘All right, I’m empowered. I can do this. I can follow my dreams. I can do anything I set my mind to.’”