Pitt and DiCaprio: Hollywood heartthrobs who push their limits - GulfToday 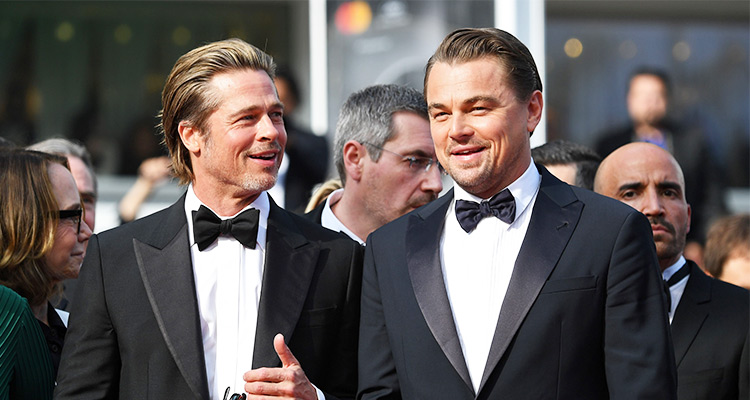 And now for the first time, the actors are starring side by side in Tarantino's "Once Upon a Time... in Hollywood", which the American director screened on Tuesday to rapturous reviews at the Cannes film festival.

"People at (the University of) Missouri were really surprised when they found out what Brad was doing.

Both men have already starred in past Tarantino films -- the 55-year-old Pitt in "Inglourious Basterds" and DiCaprio, 44, in "Django Unchained".

The consummate urbanite DiCaprio was born and raised in Los Angeles, the son of New Yorkers. As a pre-teen, he began pushing to do what he loved: act.

Pitt on the other hand grew up in rural Missouri in a family of devout Baptists. To his community's shock, he took off alone one day and drove to Los Angeles, two weeks before receiving an undergraduate degree in journalism.

Pitt set tongues wagging in 1991 with "Thelma and Louise" and DiCaprio hit the big time in 1993 with "This Boy's Life" and "What's Eating Gilbert Grape," the latter earning him an Oscar nomination.

Both men have already starred in past Tarantino films.

Pitt says that his reputation as a pretty face was something he "used to wrestle with a lot."

Even before the theatrical release of "This Boy's Life", Disney had offered DiCaprio a major role.

The pair have never shied away from danger or playing the bad guys.

The two men belong to timeworn class of dapper A-listers including Paul Newman, Robert Redford and Steve McQueen, who have enchanted audiences with their features and charisma.

"People at (the University of) Missouri were really surprised when they found out what Brad was doing," Pitt's friend Chris Schudy told Rolling Stone magazine in 1994.

"But he's always been so charming that it made some sense. The first time my mom met him, she called him a little Roman god."

Soon after their big breaks, both Pitt and DiCaprio quickly climbed through the ranks thanks to their acting chops and movie star looks -- but like Johnny Depp before them, they weren't afraid of subverting their mega-watt stardom.

Even before the theatrical release of "This Boy's Life", Disney had offered DiCaprio a major role.

"I don't know where I got those little balls at 16 years old to say: 'No, I'm going to wait it out because I want to audition for this other film,'" he said in 2014 as part of a SAG-AFTRA event.

"If there's one thing that I'm really proud of in my entire career, it's that moment." 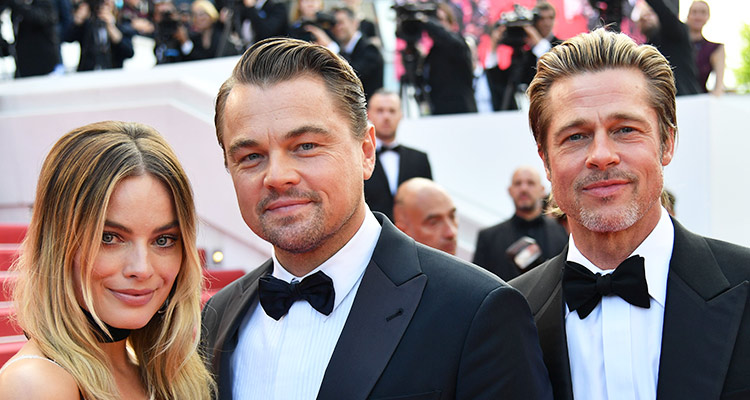 Cast members Brad Pitt, Margot Robbie and Leonardo DiCaprio pose for a picture at the Cannes.

The role in that "other film" was the mentally disabled adolescent in "What's Eating Gilbert Grape", a role director Lasse Hallstrom initially thought DiCaprio was too cute for before taking the actor on.

The film didn't make more than $10 million but scored the 19-year-old his first Academy Award nomination, for best supporting actor.

For both actors, it was the beginning of a meandering trajectory far from blockbusters, even if DiCaprio became a global star thanks to "Titanic", a role that continues to define his career.

The pair have never shied away from danger or playing the bad guys, with Pitt doing so in "Kalifornia" and DiCaprio going rogue in "Django Unchained".

Pitt has worked with boundary-pushers like the Coen brothers, Terrence Malick, Terry Gilliam, Steven Soderbergh and Alejandro Gonzalez Inarritu -- who heads the Cannes jury this year.

DiCaprio has also worked with the Mexican director as well as the likes of Martin Scorsese, Steven Spielberg and Clint Eastwood.

It took decades for both men to get their Oscar due, after always falling short despite multiple nominations.

After more than three decades in the limelight, the pair finally teamed up in front of the camera for Tarantino, who won the coveted Palme d'Or at Cannes in 1994 for "Pulp Fiction".

"I'm looking for someone with an interesting point of view and a strong voice," Pitt said after working on "Inglourious Basterds".

"And that certainly would sum up" Tarantino, the actor said.