Inca artefacts returned to Peru from US, Argentina - GulfToday

Inca artefacts returned to Peru from US, Argentina 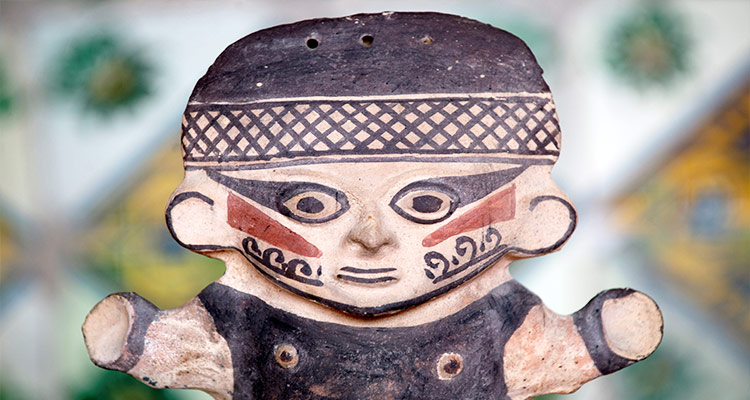 A lot of 38 pieces belonging to the Peruvian national heritage patrimony were brought.

More than a hundred pre-Columbian treasures including clay idols and textiles from the Inca Empire have been returned to Peru from the United States and Argentina.

The 130 artefacts, many of which were voluntarily returned after being illegally smuggled out of Peru, were displayed at the Ministry of Foreign Affairs building in the capital Lima on Tuesday.

A lot of 92 pieces smuggled out of Peru were also repatriated from Argentina.

View of one of the 130 textile and ceramic archeological pieces after being successfully repatriated from the US and Argentina.

Lot pieces were brought with the assistance of the Phoebe A. Hearst Anthropology Museum at Berkeley University in the U.S.

The archeological pieces can be traced back to pre-Columbian cultures.

"Argentina (returned) a lot of 92 cultural goods and another from the United States is made up of 38 cultural assets," said a foreign ministry statement.

The US lot was repatriated with the help of an anthropology museum at the University of California, Berkeley, while 77 other objects belonged to Argentine individual collectors.

The archeological pieces can be traced back to pre-Columbian cultures including the Moche, Chimu, Nasca, Chancay, Huari, Vicus, Lambayeque and Chincha, as well as the Inca.

The owners were approached by Peruvian authorities, who requested the objects' repatriation after identifying them as part of the nation's cultural heritage.