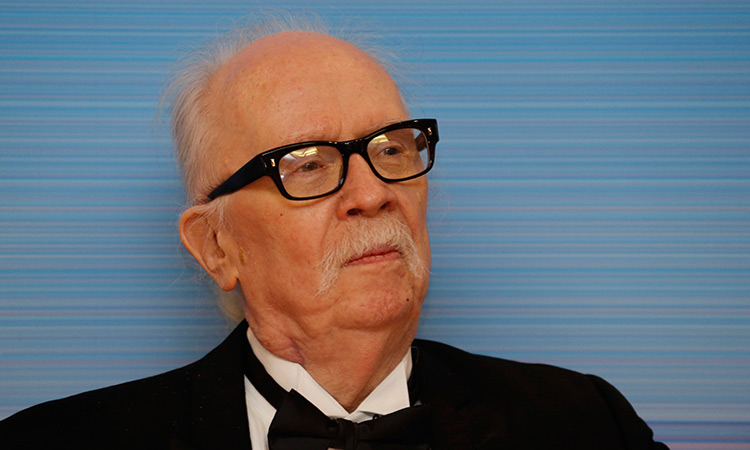 Cannes paid tribute to cult horror master John Carpenter on Wednesday with an award for "The Thing" director's contribution to cinema.

Carpenter - also known for classics including "Halloween" and "Escape from New York" - was presented with the Golden Coach award by the French directors' guild at the opening ceremony of the Director's Fortnight, which runs in parallel to the main Cannes festival on the French Riviera.

Fittingly for a filmmaker who is also a renowned pioneering composer who created or jointly composed the majority of his own film scores, the gala got under way with some eerie electronic mood music.

Carpenter, an American who lives in California, told the event that he had been fascinated by the way characters emerged from rays of light in a movie projector since his first trip to the cinema at age 3 to see Katharine Hepburn and Humphrey Bogart in "The African Queen."

"It's that transportation of an audience through the world of light and the shadows around it that I'm proud to be a part of," he said.