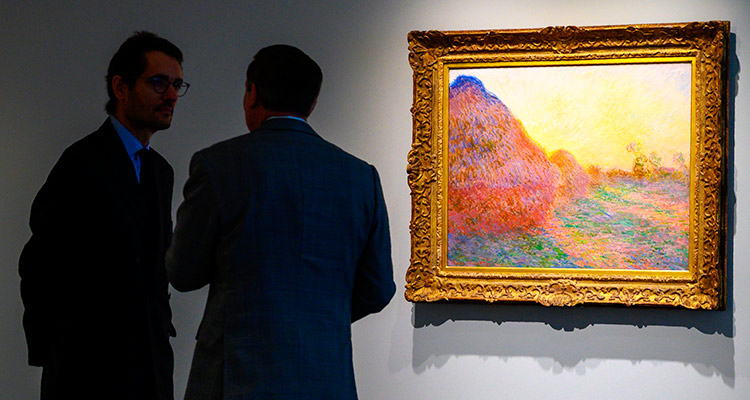 Sotheby's officials stand near one of Claude Monet's Meules during a media preview.

A painting by French Impressionist artist Claude Monet has fetched a record over $110 million at an auction held here.

The 1890 painting "Meules" from Monet's "Haystacks" series, is considered to be one of the iconic Impressionist paintings. It was priced by the Sotheby's auction house experts at some $55 million which was surpassed in a matter of seconds at its Impressionist & Modern Art Evening Sale on Tuesday, reports Efe news.

In the eight-minute long auction which included six bidders, "Meules" reached a hammer price of $97 million and ultimately was sold at $110.7 million, double the estimate, including taxes and commissions. 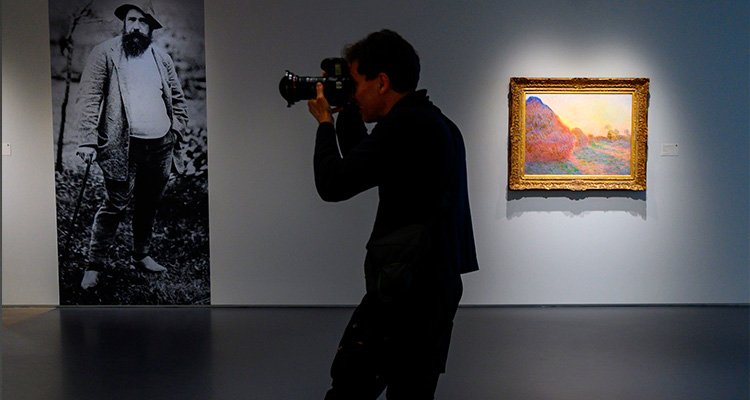 The $110 million sale is 44 times higher than the previous record at an auction at Christie's, New York in 1986, and the sale value is the highest ever for any of Monet's works.

The painting is one of the few in the "Haystacks" series that have been put up for auction this century.

Out of the 25 works of art in the series, 17 are now owned by public institutions, including the Metropolitan Museum in New York, the Orsay Museum in Paris and the Art Institute of Chicago, while the rest remain in private hands.

"Meules" was initially acquired by the wealthy Palmer family of Chicago directly from Monet's representative in the 1890s.