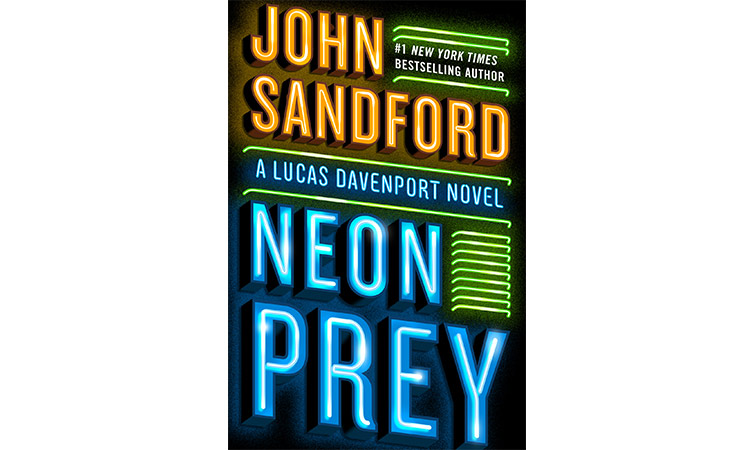 As John Sandford fans know, Minnesota-based U.S. marshal Lucas often calls in fellow marshals Rae and Bob to help him, with their presence increasing in each of the past few books.

This time, they rise from featured supporting players to true co-stars, arriving at the crime scene before Lucas and staying until the last bullets have flown.

They’re an entertaining trio, firing snide wisecracks at each other when they’re not shooting at bad guys.

And that humor is vital in a book that is more gruesome than Sandford’s typical offering. Yes, lots of people get shot — his standard modus operandi — but this time he also throws in rapes and cannibalism.

The marshals are in pursuit of a serial killer, chasing him from New Orleans to Los Angeles and, eventually, Las Vegas (thus the title’s neon reference).

Along the way, he joins up with his brother’s burglary ring. But the collaboration that really makes the story work is that of Lucas with Rae and Bob.

Let’s hope that Sandford keeps them as an ensemble cast.