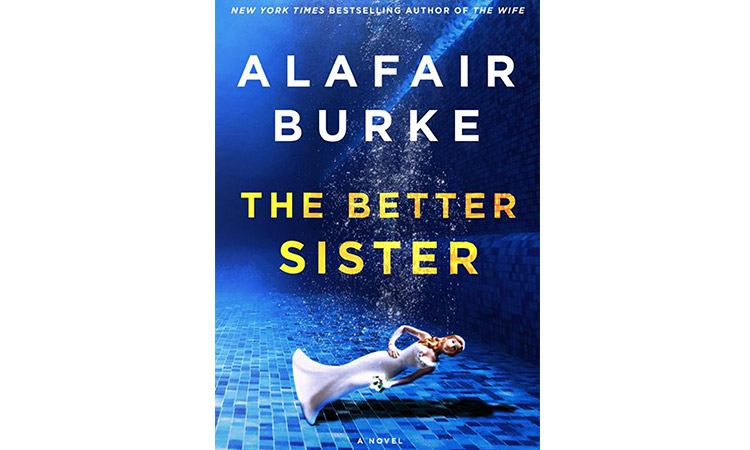 At first glance, it should be easy to decide who is the better sister. After all, Chloe Taylor has it all together.

She’s editor-in-chief of the successful woman’s magazine, “Eve,” and the originator of the #ThemToo, an offshoot of the #MeToo movement that she geared toward “everyday” working women? Of course, Chloe also is a devoted mother to her stepson, Ethan, and loyal wife to handsome attorney Adam Macintosh.

Certainly, the better sister can’t be Nicky Taylor, who is the biological mother of Ethan but lost custody of him — and ruined her marriage to Adam — because of her behavior.

Burke imbues “The Better Sister” with a sense of authenticity as each character — and their secrets and flaws — never seems false. Plausible twists, crisp dialogue and fully realized characters illustrate the way people, especially sisters, relate to each other.

“The Better Sister” works well as a domestic drama, a tense mystery and a story about unconditional love. Chloe and Nicky have been estranged since Ethan, now 16 years old, was a toddler.

Their alienation had nothing to do with Chloe marrying her former brother-in-law; Adam and Nicky had been divorced for more than four years before Chloe and Adam became a couple.

But the sisters now need each other. On the night of receiving the highest honor of her career, Chloe returns to their East Hampton vacation home to find Adam murdered.

And Ethan will need both his mother’s when he is arrested for his father’s murder.

As the sisters reconnect, they realize how both have changed, and they uncover the secrets and lies that kept them apart. Neither has quite the life the other envisioned the other had.

One thing that is unshakable — each loves Ethan unconditionally.

Burke hits the ground running with the highly entertaining “The Better Sister” that continues to peak in one believable twist after another.