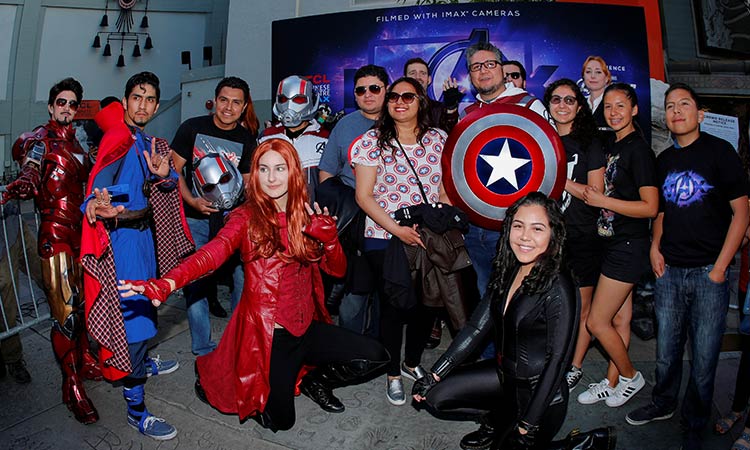 To put the North American figure in perspective, that means the final chapter in the adventures of Iron Man, Hulk, Thor and company took in 43 times what the No. 2 film, Disney's "Captain Marvel," earned for the three-day weekend: a more pedestrian $8.1 million.

"Avengers" could lead to "the biggest revenue-generating summer (and year) in box office HISTORY," according to Comscore's Paul Dergarabedian.

Back on Earth, last week's top film, Warner Bros.' horror flick "The Curse of La Llorona," slipped to third spot at $7.5 million. It stars Linda Cardellini, Raymond Cruz and Patricia Velasquez in the story, loosely based on Mexican folklore, of a Los Angeles woman trying to protect her children from a ghost.

In fourth was "Breakthrough," at $6.3 million. The faith-based story of a mother (Chrissy Metz) who refuses to abandon hope after her son (Marcel Ruiz) falls into an icy lake, was produced by NBA star Stephen Curry.

And in fifth was Warner Bros.' lighthearted superhero tale "Shazam!” at $5.5 million. It stars Asher Angel as Billy Baston, an unhappy foster kid who becomes a muscular superhero (Zachary Levi) when the secret word is pronounced.