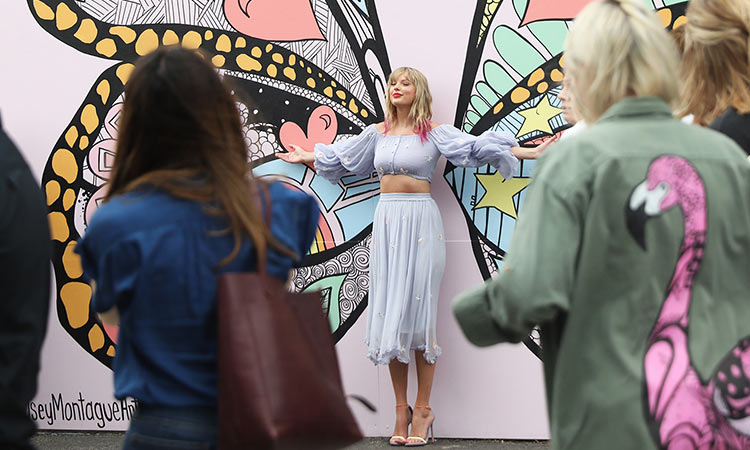 Swift, 29, said the song and its music video will be released at midnight on Friday and will feature Brendon Urie, the lead singer of Panic! at the Disco.

"'ME!' is a song about embracing your individuality and really celebrating it and owning it," she said during an interview with ABC host Robin Roberts.

"With a pop song, we have the ability to get a melody stuck in people's heads and I just want it to be one that makes them feel better about themselves," she said.

Swift began her career as a country singer in Nashville at age 15 before branching out with pop hits such as "Shake It Off" and "Bad Blood."

"With a pop song, we have the ability to get a melody stuck in people's heads and I just want it to be one that makes them feel better about themselves,

The NFL held the first round of its annual draft on Thursday. The rest of the seven-round draft will be held at the weekend.

Swift had been hinting on social media about a coming announcement and posting photos of flowers, kittens and jewels, all in a pastel palette.

On Thursday afternoon, Swift surprised hundreds of her fans by joining them at the unveiling of a butterfly wing mural in the Gulch area of the city. "ME!" was written in the centre of the mural as a hint to her evening announcement.

Her last album was 2017's revenge-oriented "Reputation," which included songs such as "Look What You Made Me Do" that took aim at people who had attacked her personally and professionally.