Stacey Abrams on her new book 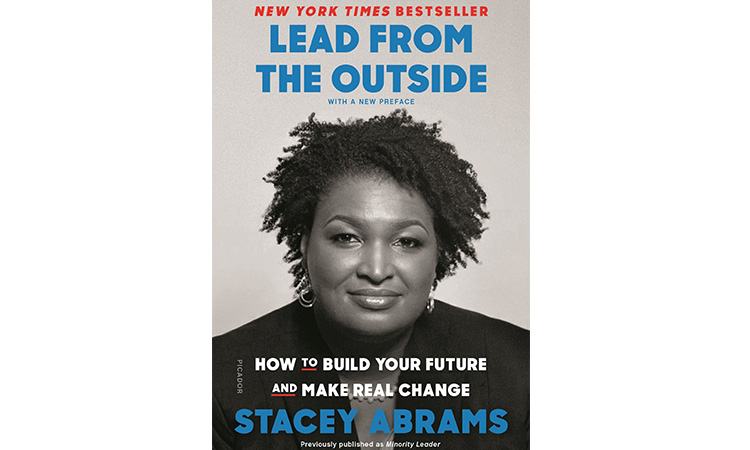 "Lead From the Outside" by Stacey Abrams. Macmillan Publishers/TNS

Stacey Abrams doesn’t Google herself. No way. Especially not these days.

“I do not Google myself, I do not read comments and I barely look myself in the eye when I look in the mirror,” Abrams said the other day.

If she did, Abrams would see a country and political media that are hyperbolic about the possibilities she presents as a Democratic national political figure in the run-up to a historic presidential election.

“Kingmaker or Queenmaker in 2020,” declared MSNBC. “Stacey Abrams 2020?” wondered Forbes. “The Case for Stacey Abrams,” said The Hill. Maybe she’ll hit the trail alongside Hillary Clinton. Joe Biden. Bernie Sanders. Maybe she’ll run for Senate in her home state of Georgia. She was defeated in her bid for governor there last year, but made a huge mark in the process, boosting the number of black and Hispanic voters, and drawing strong support from the white, historically Republican Atlanta suburbs.

For now, Abrams is touring in support of her new book, “Lead From the Outside,” which is an updated version of her 2018 book, “Minority Leader.”

“Here’s the thing,” Abrams said, seeming to search for a new way to answer the candidacy question that just won’t quit. “I think indecision is fine. I am in contemplation and evaluation. To make a good decision, you actually need to think about it, the contours and the consequences.

“I like to solve problems, “I know it is a skill set, but it’s also an obligation. I grew up with parents who believe that you don’t simply complain, you try to find solutions and fix what’s in front of you.”

The book is part memoir, part how-to, full of stories from the perspective of an African American woman, activist, lawyer, entrepreneur and politician. It contains solid advice for those who have long stood on the outside of the national conversation: Women, people of color, the working class, members of the LGBTQ community and millennials. Abrams takes on how ambition, fear, money and failure function in leadership, and helps readers recognize and activate their own skills.

“I like to solve problems,” Abrams said. “I know it is a skill set, but it’s also an obligation. I grew up with parents who believe that you don’t simply complain, you try to find solutions and fix what’s in front of you.”

“I will say that I was devastated, and I grieved, and then I turned it into action,” Abrams said of her defeat. “My response is that it is insufficient for me to simply be angry or sad.

“It was important for me to feel it, but it is also fuel for me to do what comes next,” she continued. “I have a lot that I can do to ensure that the voices that were silenced are heard in 2020 and beyond.”

In her downtime, she loves to read, and belongs to a book club made up of her five siblings. They’re reading a fantasy novel called “A Blade So Black,” after finishing Emily Bazelon’s

She also likes to make personal spreadsheets, laying out her goals for the next several years. What’s on there now?