Mandela prison drawing goes under the hammer in US - GulfToday

Mandela prison drawing goes under the hammer in US 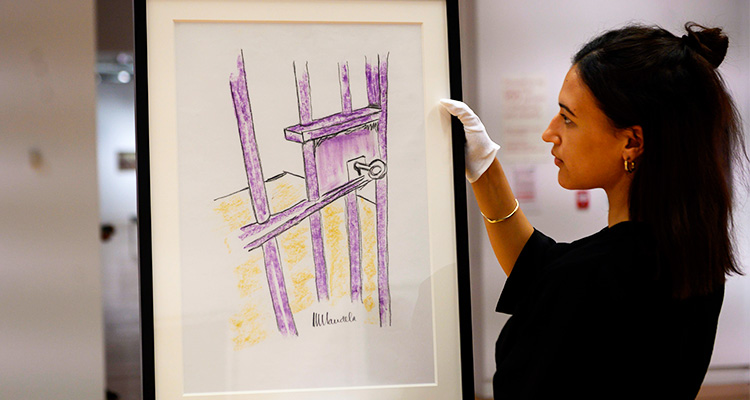 A worker holds a sketch by Nelson Mandela.

A drawing by late South African leader Nelson Mandela of the door of his prison cell on Robben Island -- where he was held for 18 years -- will be put up for auction in early May in New York.

The work will be part of a sale of modern and contemporary African art.

"The word 'iconic' is so overused but to have a drawing of one of the most important men of the 20th century... would be a remarkable thing

"It's the first time this work has ever been exhibited in public. It's also the first work by Nelson Mandela ever to be sold in the open market."

The wax pastel crayon drawing shows a few bars of the cell door and a key in the lock, sketched in purple.

The work is one of the few that Mandela -- who was jailed for 27 years in total and inspired the struggle against apartheid -- kept until his death in 2013. 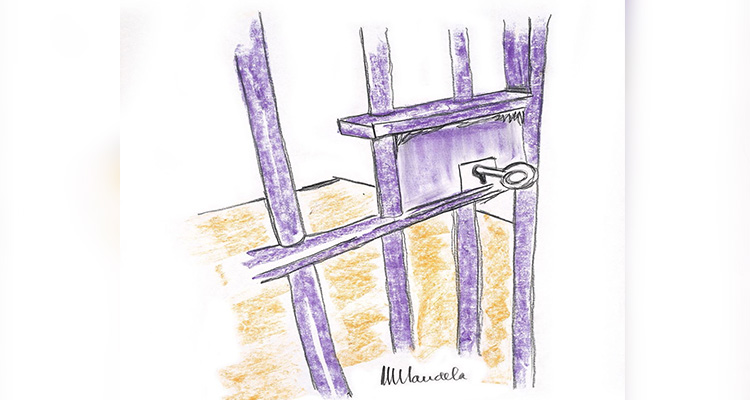 The drawing of the jail cell door is seen where Mandela spent 27 years for his struggle against apartheid.

"It was a very personal, very poignant work for him," Peppiatt said, explaining that Mandela embraced art as a hobby after leaving South Africa's presidency in 1999.

"He had more time on his hands," he said.

Until now, Mandela's daughter Pumla Makaziwe Mandela had the work in her possession.

South Africa's first black president did a total of 20 to 25 drawings, according to Peppiatt. Some were reproduced as lithographs to raise money for the Nelson Mandela Foundation.