Trudeau to be featured in The Simpsons - GulfToday 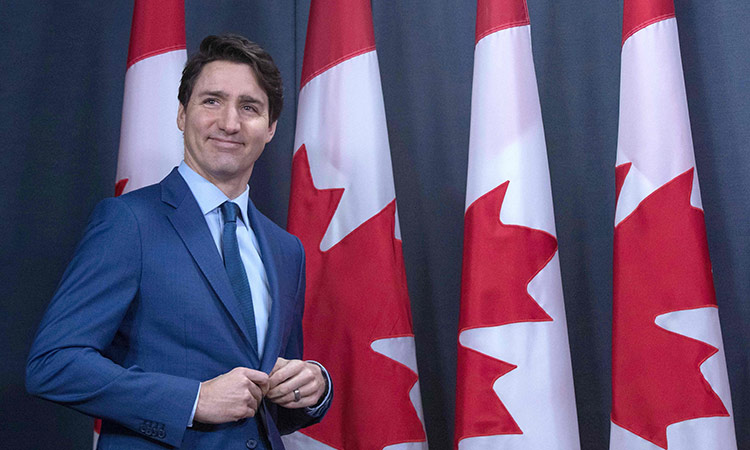 Justin Trudeau arrives to speak to the media at the national press gallery in Ottawa, Ontario. Lars Hagberg/AFP

A spokeswoman for the prime minister told AFP that he had been invited to appear as himself on the show, but "respectfully declined their offer."

Instead, Canadian journalist Lucas Meyer, who does a pretty accurate Trudeau voice impersonation, was given the gig after sending the producers a video clip.

Meyer told public broadcaster CBC it was a "quite surreal" opportunity. He said he appears as Trudeau in only two scenes, and one might have been cut. "It's a handful of lines."

According to Canadian media, a subplot of the episode involves daughter Lisa Simpson being granted asylum in Canada during a family trip to Niagara Falls.

Canadian-born Simpsons consulting producer Tim Long said the show would also touch on a political scandal plaguing Trudeau ahead of October elections, involving accusations of meddling in the prosecution of a corporate engineering giant.

"That may be one of those things that nobody in America is going to get," Long told The Canadian Press.

"It's funny, though, because of course America got used to the idea that, 'Well, Trudeau is great' — at least the liberal part of America has sort of got it in their head that, 'Oh, he's amazing and Canadians must love him' — and I think they're shocked to learn that he's in a little bit of trouble right now," he said.