Amber Tamblyn stresses the importance of turning rage into action 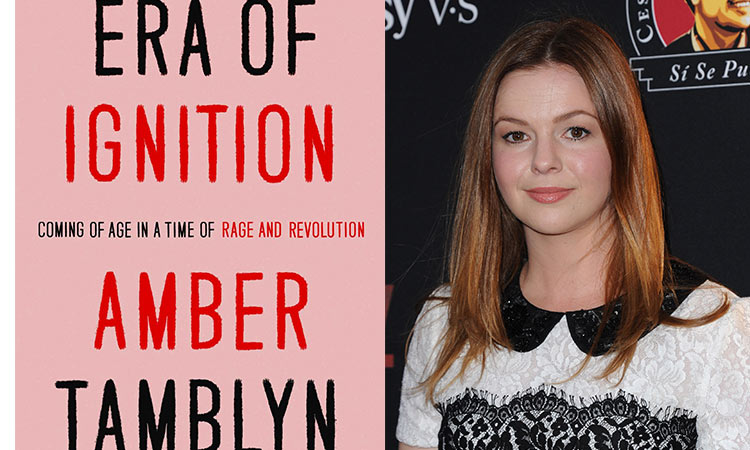 "Era of Ignition: Coming of Age in a Time of Rage and Revolution" by Amber Tamblyn. TNS

LOS ANGELES: Amber Tamblyn remembers submitting “Paint It Black,” a film she co-wrote and directed, to a well-known film festival and being told by organizers that, while they liked it, they felt the slot for an actress-turned-writer/director had already been filled at the festival that year.

“I just want you to imagine them saying that to Bradley Cooper,” Tamblyn told a crowd during her appearance Sunday on the main stage at the Los Angeles Times Festival of Books.

It’s something Tamblyn unpacks in her timely book “Era of Ignition: Coming of Age in a Time of Rage and Revolution.”

During her conversation with L.A. Times editorial writer Mariel Garza, Tamblyn spoke about the title of the book and this idea of transforming rage into action at a time when the country is reckoning with its own identity and values.

“I was trying to find a term to encapsulate this sense of condensed change and really palpable rage that we’re feeling as a culture in the country right now,” said Tamblyn, who is a founding member of the Time’s Up movement. “What does it feel like within the body of this national existential crisis that all of us are feeling thrust and thrown into? What can we call this individual experience for each of us, where we’re harnessing our deepest powers and using tools we’ve never had to use before.”

For Tamblyn, whose onscreen work includes “The Sisterhood of the Traveling Pants” films and the television series “Joan of Arcadia,” the book continues her attention toward writing and activism in recent years. She’s written three books of poetry, including critically acclaimed “Dark Sparkler,” and released a novel last year, “Any Man,” about a female serial rapist who targets men.

And it presented an opportunity for Tamblyn, who has spent much of her life expressing the emotions and feelings of the characters she was portraying, to turn the spotlight on herself — not exactly a comfortable undertaking.

“I did not want to do that,” Tamblyn said. “The writing of this book was antithetical to everything within my entire body.”

“I have so much admiration for memoirists,” she continued, “I think about incredible women like Roxane Gay; I think about women who are able to write about these kinds of things — the personal — so beautifully and profoundly [and] so consistently.

“This was very difficult for me … looking at my own change, my own experience having an existential crisis in my early 20s and really trying to figure out the things.”

The key point of the ignited era, Tamblyn says, is to finds ways to translate the rage into action that benefits the many, instead of the few.