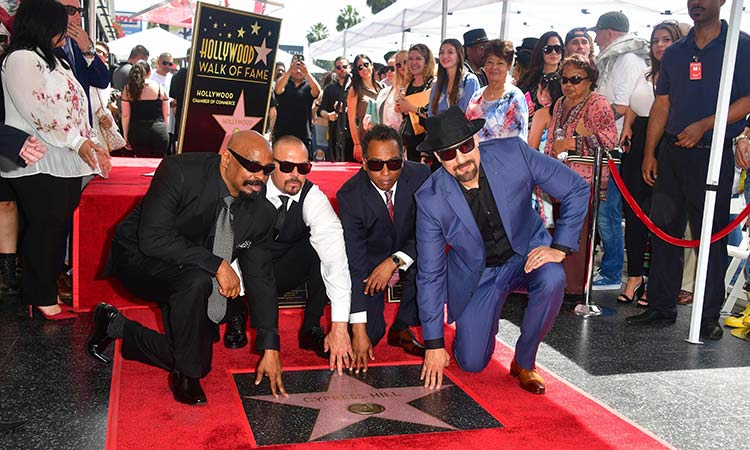 LOS ANGELES: The Latin American hip-hop group Cypress Hill on Thursday unveiled a star on Hollywood's "Walk of Fame" in Los Angeles, the city where they formed more than three decades ago.

"It's totally surreal," Lawrence Muggerud, aka DJ Muggs, said. "We walked here as kids, we looked at the stars. We never thought we'd have one.

"We represent hip-hop, Latinos, music, dreams. It's wonderful to celebrate with the family," he added, 30 years after the formation of the first Latin American group to have a record go platinum in the US, or sell more than one million copies.

"We represent hip-hop, Latinos, music, dreams. It's wonderful to celebrate with the family.

"Before music I was in a gang, and there are not many ways out as you know — either prison or the graveyard," said Muggerud, with bandmate Louis Freese, aka B-Real, at his side.

"My brothers saw something in me and put on the path to music and we formed Cypress Hill."

The band's name was inspired by a neighborhood street where the members grew up.

They sold more than three million copies of their second album, "Black Sunday" in 1993, while their latest album, "Elephants on Acid", was released in September last year.