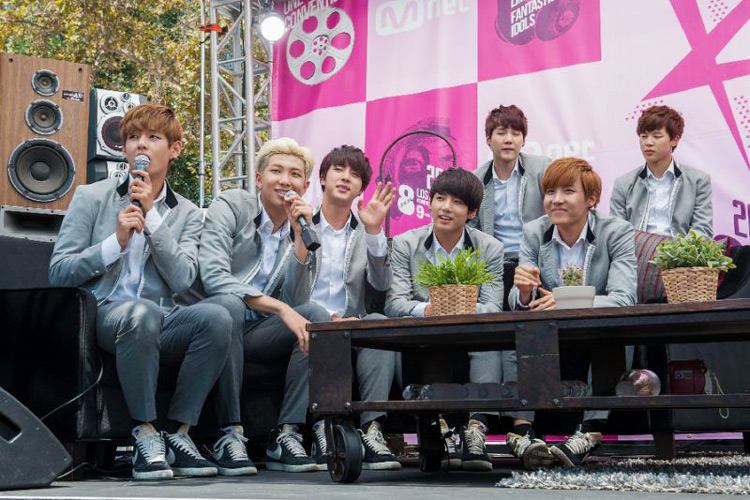 The track is also the band's first ever British Top 15 single, charting at number 13 on Friday.

The band, known for their boyish good looks and meticulously choreographed dance moves, will play two sold out nights at London's iconic Wembley Stadium, on June 1 and 2.

Earlier this year the septet, whose name is short for Bangtan Sonyeondan, which translates as Bulletproof Boy Scouts, became the first K-pop band to top the US album charts.

Some 800,000 tourists were believed to have chosen South Korea as their destination last year because of BTS -- more than seven percent of the total visitors to the country.