‘All That You Leave Behind,’ by Erin Lee Carr - GulfToday

‘All That You Leave Behind,’ by Erin Lee Carr 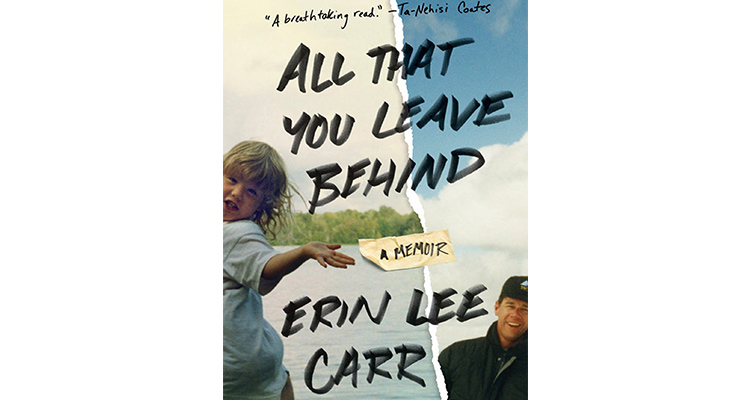 “All That You Leave Behind” by Erin Lee Carr. TNS

With her first book, Erin Lee Carr chose a tough task: telling the story of her father.

What made it even tougher is that her dad was David Carr — one of the best-known journalists in the country; a self-described wild man, who was gifted with a facile mind, a big reputation and a bigger personality.

In her raw and earnest memoir, “All That You Leave Behind,” Erin brings us into her struggle to come to grips with who her father was and how to harness the weight and promise of his enduring legacy to shape who she’s becoming.

Her story is not told in chronological order. Instead, it begins with David’s sudden, shocking death in February 2015 and closes on his funeral, wake and the vacuum in which his survivors find themselves while trying to rebuild their shattered lives.

Throughout this visceral book, Erin is frank about her father’s struggles with addiction, as well as her own.

She reveals how she’s buoyed and burdened by the miraculous story of her life: the product of a short-lived relationship between two addicts, raised by a single dad who continued to use until he was faced with losing his young twin daughters.

Growing up during her father’s drugs-to-fame story is no fairy tale, and it’s clear she feels pressure to continue the ascent.

Erin does an excellent job of bringing her famed father to warts-and-all life. Her telling rings true to the many Minnesotans who knew David, who was born and raised in the Twin Cities and worked at the now defunct Twin Cities Reader before editing the Washington City Paper and then landing a job at the New York Times.

She tells riveting stories — some warm, some jarring — of her childhood and teen years. She also uses her father’s writing to help conjure the man.

According to the book’s publisher, Erin sifted through the voluminous correspondence between father and daughter. Those e-mails, Gchats and notes written on scraps of paper help reveal their complicated relationship. When the excerpts of David’s writing extend for pages, however, it becomes unclear whether this is Erin’s story or her father’s.

In addition, they often seem to hammer home something Erin makes clear from the first pages of this compelling book: that she and her sisters were loved fiercely by an admittedly imperfect man.

Now 30 and an accomplished director, producer and writer, Erin also recounts the early years of her career, how her dad tried to help her get established and how hard he pushed her to be excellent. Always.

“All That You Leave Behind” isn’t a bleak book. It’s filled with love, hope and ambition — just as David was, just as his daughter is.

It’s clear from reading her memoir that Erin sees herself as a work in progress. It’s also clear that she will continue to try to navigate the world as her father advised: by doing the next right thing.