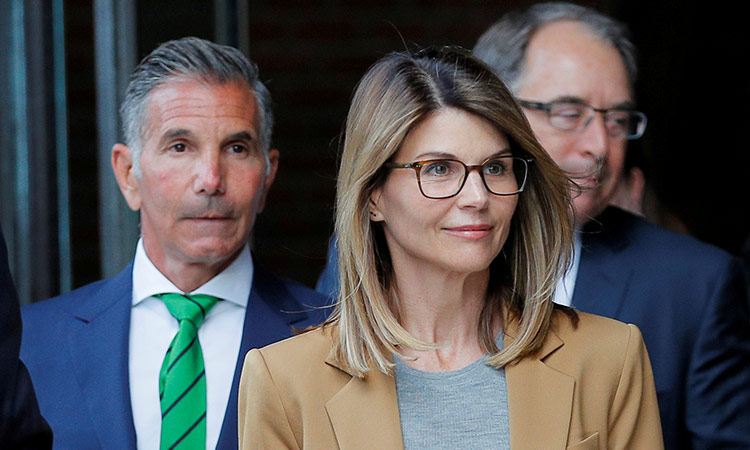 American actress Lori Loughlin and her husband, accused of paying a $500,000 bribe to secure their daughters' entry into a prestigious California university, on Monday pleaded not guilty to money laundering charges.

The couple waived their right to appear before a judge to be formally accused and entered their pleas through documents filed by their attorneys, according to documents seen by AFP.

Loughlin, 54, and Giannulli are accused of paying $500,000 in 2016 and 2017 so that their two daughters could gain entrance into the University of Southern California (USC) by posing as members of the rowing team.

Their charges of money laundering and bank fraud carry a penalty of up to 40 years in prison.

The ringleader behind the college admissions scam, William "Rick" Singer, who authorities say was paid about $25 million to bribe coaches and university administrators, has pleaded guilty and is cooperating with authorities.

Besides USC, some of the universities targeted in the elaborate cheating scam include Yale, Stanford, UCLA and Georgetown. None of the schools or the students have been charged in the case.

According to prosecutors, the accused parents paid a firm run by Singer to cheat on college entrance exams for their children or to bribe coaches to help non-athletic students get scholarships.

Johnny Depp lawyer urges jury to give him his 'life back'