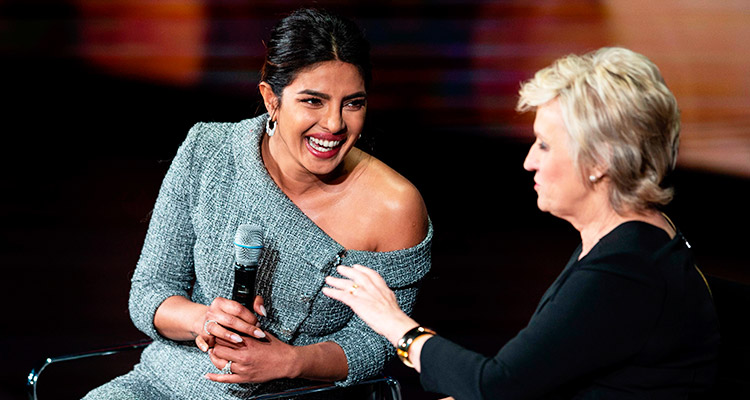 Actress Priyanka Chopra Jonas and Tina Brown, Founder and CEO of Women in the World.

Priyanka opened up about the #MeToo movement, her career, her relationship with husband Nick Jonas, and gender equality during a conversation with Women in the World founder Tina Brown at the Women in World Summit 2019 here.

She spoke about what it has been like to watch women in Hollywood and Bollywood in great numbers since the rise of the #MeToo movement.

"Sexual harassment had become a norm with women," she said. "Now because of the support we are giving each other, people don't have the power to shut us down."

Actress Priyanka Chopra Jonas speaks at the Women in the World Summit.

Priyanka opened up about the #MeToo movement.

The actress also explained why a lot of Indian actors don't opt for crossovers in the West.

But she thinks there is "a little problem when it comes to the casting of South Asians in Hollywood".

No degree of acquired composure, however, could keep her safe from harassment, which she laments had until recently really become normalised everywhere, excused with a "boys will be boys" mentality, according to womenintheworld.com.

The difference the #MeToo movement has made, she says, is the strength in numbers that women are newly enjoying.

"We always had a voice. Just nobody heard us. Now because of the support we're giving each other, nobody can shut us down. And that's an incredibly powerful thing to see.

The actress also explained why a lot of Indian actors don't opt for crossovers in the West.

"A lot of actors that I speak to don't have ambitions to move out of the industry. Bollywood is the biggest, if not the first industry to make films and the demographic is so large, they don't want to leave that." 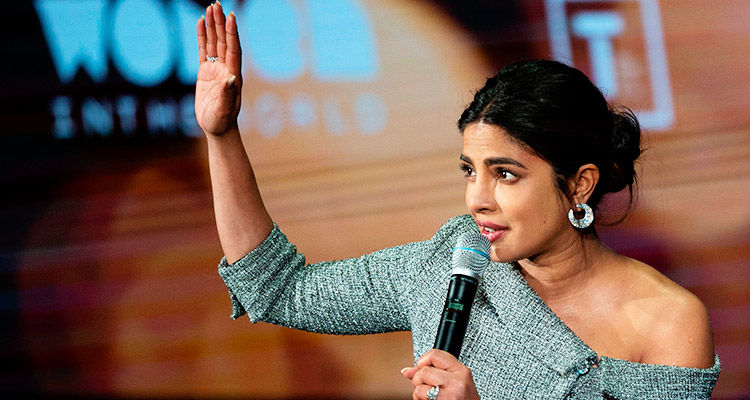 She raised her hand saying everybody in this room has probably faced sexual harassment because it had become a norm with women.

But she thinks there is "a little problem when it comes to the casting of South Asians in Hollywood".

Opening up about entering beauty pageants, she said: "I was extremely awkward, but I like winning."

"It is my greatest friend and greatest joy... I think that the pageant world has a very bad reputation in the US, whereas In India, the pageant world is very cohesive to the entire personality of a woman: What you look like, how you speak, especially how much you know - there was a lot of attention that was placed on the substance, even for Miss World."

Priyanka is glad that Nick is very supportive as a husband. She got married to him last year in India.

"I am a wild child, I do whatever I want whenever I want and he always supports me," she said.

She shared an anecdote from one of their first dates. They were out with their friends, and Priyanka had a meeting. She began dropping hints to the group about needing an excuse to cancel her meeting, but Nick wasn't taking the hint.

"And finally he pulled me aside and was like, 'Look, I'm not stupid, I know what you're trying to do. But I will never be the one that tells you to cancel work, because I know how hard you work to be where you are'. I was like, this is the first (time) anyone has ever done that for me, the first person who gave me credit for what I have done," Priyanka said. 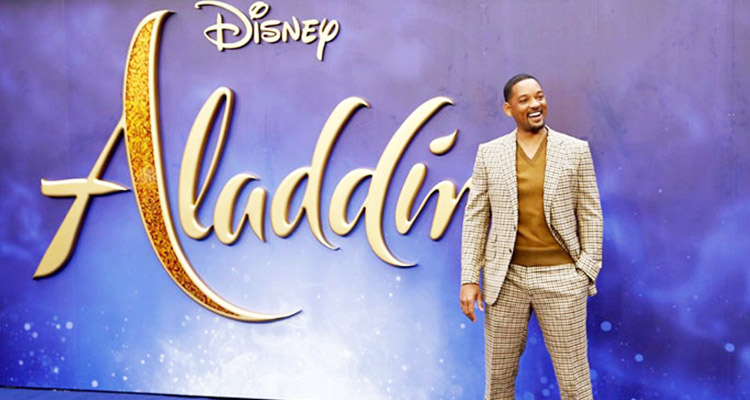 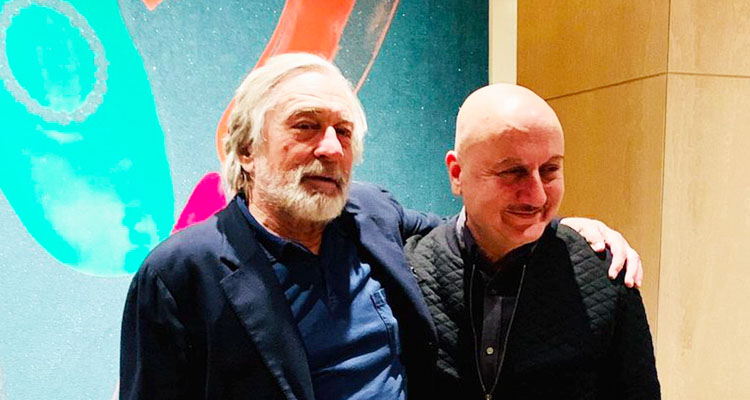