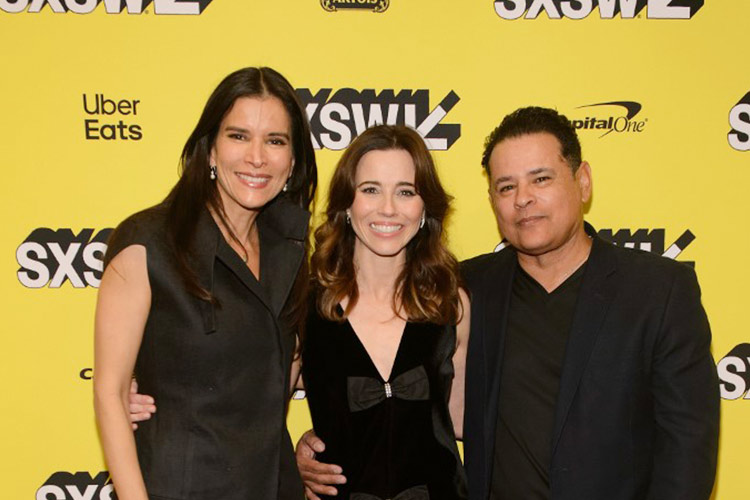 If you saw the trailer for ‘The Curse of La Llorona’ and are still having nightmares, consider the generations of Mexican children who grew up hearing tales about the evil, supernatural “Weeping Woman” who has a proclivity for dragging kids to a watery death.

She’s been scaring the bejesus out of Mexican kids for ages.

She hits movie theatres next week.

“There are many urban legends and stories about ghosts, ghouls and supernatural beings from all cultures, but there is something extra terrifying about the Mexican fable of La Llorona (aka The Weeping Woman),” writes Deadline entertainment website.

The movie is set in the 1970s, where La Llorona is doing her best to bedevil a social worker, played by Linda Cardellini, and her two children, according to the movie’s IMDB page. And — who else? — a priest (Raymond Cruz) might just be the one to save them.

That’s just a pipe dream. Nothing yet has killed La Llorona.

She is “the most popular Mexican legend, and versions abound,” writes the Mexican website, Mexico.mx.

In the version often told, La Llorona is an indigenous woman who has three children with the Spaniard she loves. But theirs becomes a doomed love when “he marries a wealthy woman,” the website says.

“The indigenous woman gets so angry she kills her three children, and then immediately regrets it and throws herself in the river. Ever since, her spirit has been wandering nearby crying out painfully, ‘Aaaaaaaay, my children!’”

It’s said that if you actually hear her weeping you can kiss yourself goodbye.

At least that’s the fear of La Llorona that many a Mexican parent has weaponised to scare their kids — though some folks who saw the movie trailer frankly were more scared by Cardellini’s Anglicised pronunciation of La Llorona.

“Depending on which folk tale you follow, La Llorona isn’t just some weeping ghost who hangs out by the river, but rather she’s a child kidnapping monster,” writes Ranker. 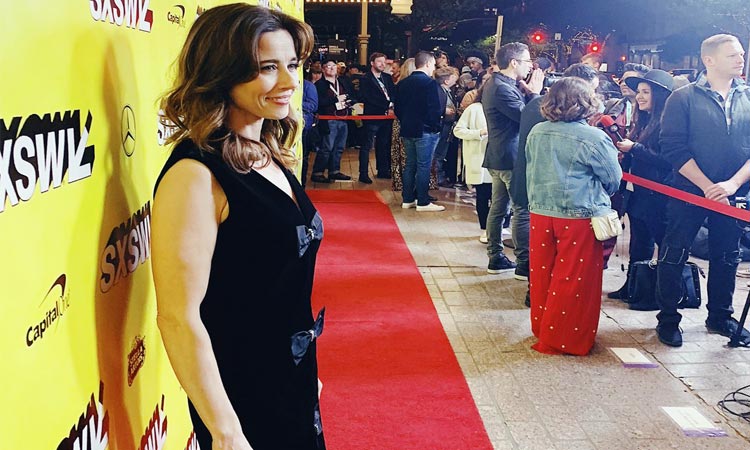 Cardellini on the red carpet of the world premiere of The Curse of La Llorona. Twitter

“In Mexico parents use this version of the tale to keep their children from running around at night and getting into trouble. If a child is caught by the ghost she’ll ask them for forgiveness and then drown them in the closest body of water. “

La Llorona’s face pops up in one quick jump-scare in the movie trailer, and she looks like she’s been dredged from the bottom of the river. Her mouth is a gaping hole and blood streams from her devil eyes.

The adventure is a little silly, but you cannot deny the grain of truth supplied by the adherence to folktale. Somewhere in the back of your primitive brain, you can sense the genuine tragedy and reality behind the story.

But that’s not necessarily the La Llorona of lore, said to have killer looks of a different sort.

“The tall, thin spirit is said to be blessed with natural beauty and long flowing black hair,” according to LegendsOfAmerica.com. “Wearing a white gown, she roams the rivers and creeks, wailing into the night and searching for children to drag, screaming to a watery grave.”

Some people swear that they’ve actually seen La Llorona. A quick search on YouTube will scare up some of the songs people have written about her, too.

“Her movements have been traced throughout the Southwest and as far north as Montana on the banks of the Yellowstone River,” Legends of America says.

“In Santa Fe, New Mexico, the tall wailing spirit has been seen repeatedly in the PERA Building (Public Employees Retirement Association), which is built on land that was once an old Spanish-Indian graveyard, and is near the Santa Fe River.

“Many people who have been employed there tell of hearing cries resounding through the halls and feeling unseen hands pushing them while on the stairways.”

Movie blog Film School Rejects wonders whether the “Weeping Woman” can “compete with killer nuns and rampaging dolls. The ghost seems to be using the usual tricks to strike a chord with its audience. Distant crying, veiled faces, loud bursts of noise.”

Though when it comes to scare tactics, the blog concedes, La Llorona has lore on her side.

“The adventure is a little silly, but you cannot deny the grain of truth supplied by the adherence to folktale,” the blog notes. “Somewhere in the back of your primitive brain, you can sense the genuine tragedy and reality behind the story.”