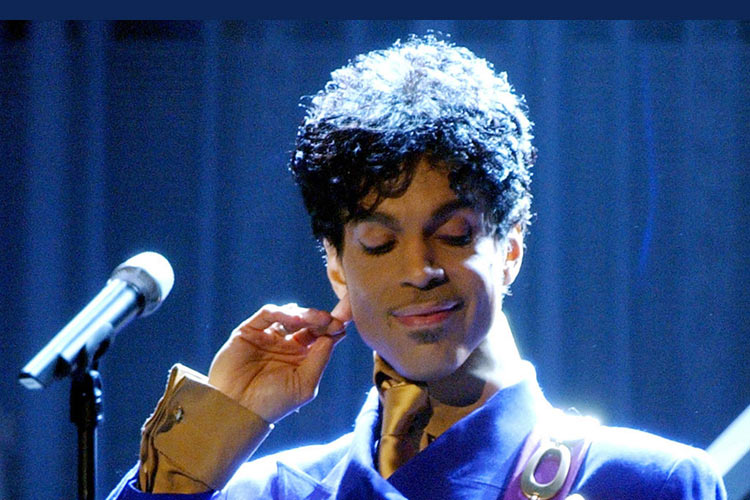 The dance rehearsal hall where Prince once held his pickup basketball games at his Paisley Park estate is now a shrine to ‘Purple Rain’, the hoop removed and supplanted by one of the motorcycles from the movie and, among other things, an Oscar.

As with his music, the legend lives on.

The Final Four has arrived in Minnesota, and with apologies to Kevin McHale, the state's most famous homegrown hooper is better known for something other than his basketball skills — but those were, as aficionados of 'Chappelle's Show' might already be guessing, formidable.

Prince, who died in 2016, was a big a star as any artist of his generation and as cool a human as ever walked the planet, but as Prince Rogers Nelson, he was also a basketball player of some renown.

Prince's basketball skills were immortalised on ‘Chappelle's Show’ by one of Charlie Murphy's True Hollywood Stories, in this case after Eddie Murphy and his crew ran into Prince and his crew at a club in 1985. They ended up playing basketball, with Prince and the Revolution still wearing their club clothes — "shirts against the blouses," Charlie Murphy quipped, to Prince's apparent displeasure — and Prince dominating.

Prince later confirmed the basic elements of Murphy's story in a radio interview, although not quite exactly as Murphy described on the show. "To be honest," Prince said, "it ain't that I'm so great, but he's that bad."

Even that is up for some debate, as USA Today's FTW blog once examined. While Prince was far from a star at Bryant Junior High and Central High in Minneapolis, where he played football, basketball and baseball, and his basketball coach described him, to the Minneapolis Star Tribune, as a "sixth or seventh man." But the author Toure' would later write approvingly of Prince's skills after playing one-on-one against Prince. 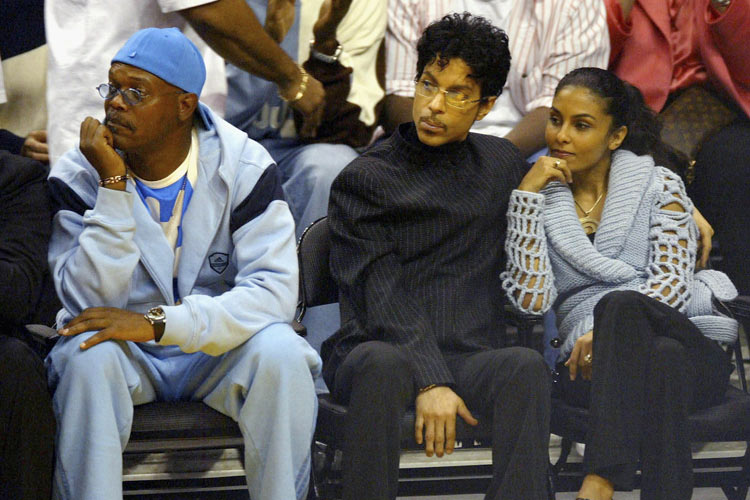 "He moved like a player and played like one of those darting little guys you have to keep your eye on every second," Toure' wrote in his book ‘I Would Die 4 U’. "Blink and he's somewhere you wouldn't expect. Lose control of your dribble for a heartbeat and he's relieved you of the ball. He jitterbugged around the court like a sleek little lightning bug, so fast he'd leave a defender stranded and looking stupid if he weren't careful."

That's more the player Murphy describes in the skit: "This cat could ball, man. He was crossing cats like Iverson. Crossed me up, made my knees slam together. He was getting rebounds like Charles Barkley."

The victorious Prince — "Game, blouses!" — after suggesting a cleansing dip in the waters of Lake Minnetonka, then offered the Murphy entourage pancakes, as the skit would have it, but there's every reason to believe that's how it ended.

He did the same when he hosted a celebration for the Women’s National Basketball Association (WNBA) champion Minnesota Lynx at Paisley Park, the breakfast somehow becoming inextricably linked with his basketball exploits. (Prince used a photo of Dave Chappelle, dressed as him, holding a plate of pancakes for the cover of his 2013 single ‘Breakfast Can Wait’.)

The basket is gone, but the television in the lounge where Prince would watch his beloved Lynx and Timberwolves play was tuned to basketball on Saturday, which a tour guide noted approvingly, and a Prince-themed Final Four corporate party was being prepared for Sunday night.

And Paisley Park has a cafe that offers dishes from recipes left behind by Prince's personal chefs. You may no longer be able to subject yourself to a purple rain of jumpers or play shirts against blouses on the court he once dominated, but you can still relax like Prince once did afterwards.