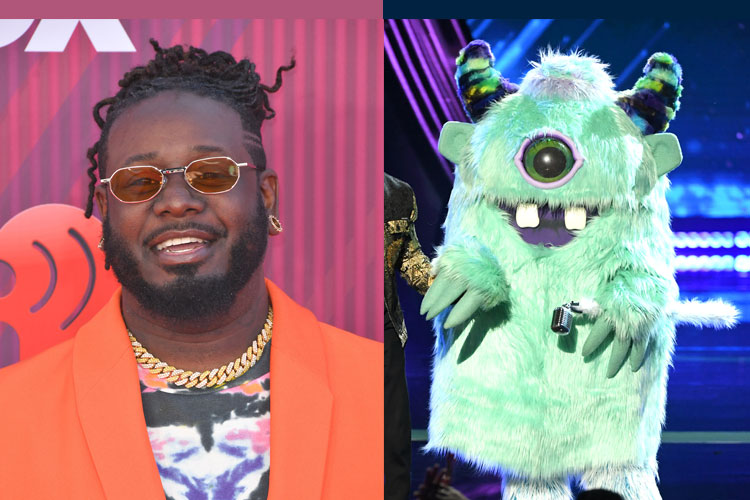 T-Pain was the voice behind the furry monster on 'The Masked Singer'. TNS/AFP.

And so it turns out that T-Pain, the multi-platinum rapper, pioneer of Auto-Tune, and pride of Florida, USA, was the Masked Singer all along.

The basic premise of ‘The Masked Singer’ was this: Famous people in costumes sing for a panel of judges, who do not know their identity. T-Pain, dressed in a giant plushy monster costume he was mostly dying to get out of, dropped hints, to no avail. "The guesses they came up with after seeing those hints, that was stupid," he says fondly.

T-Pain, born Faheem Najam, has been hiding in plain sight for years, his classic-soul-singer voice buried under layers of Auto-Tune on hits like ‘Buy U a Drank’ and ‘Bartender’. His unadorned singing on the show made the judges cry, and his win feels like vindication — he always told you he could sing.

T-Pain is capitalising on the show's success with a tour and a new album, ‘1UP’, that he began recording just months ago, after realising in advance that ‘The Masked Singer’ would blow up and he needed to be ready.

In a phone interview, the rapper, who also stars in another TV show, ‘T-Pain's School Of Business’, talked about dressing as a monster, being perennially underestimated, and the children of Auto-Tune. The following is an edited version of that conversation:

What was the pitch meeting for this like? Did they say, "We want you to dress up like a monster"?

When you explain it to somebody, it sounds very ... stupid. It sounds real dumb. But once I saw all the costume choices and I landed on the monster, it was fun from there. Then I just wanted to dance around in that costume. That was the deal maker for me — there was nothing that would have kept me from doing it after seeing that costume.

After you danced around in the 90-degree monster costume for a while, did the novelty wear off? 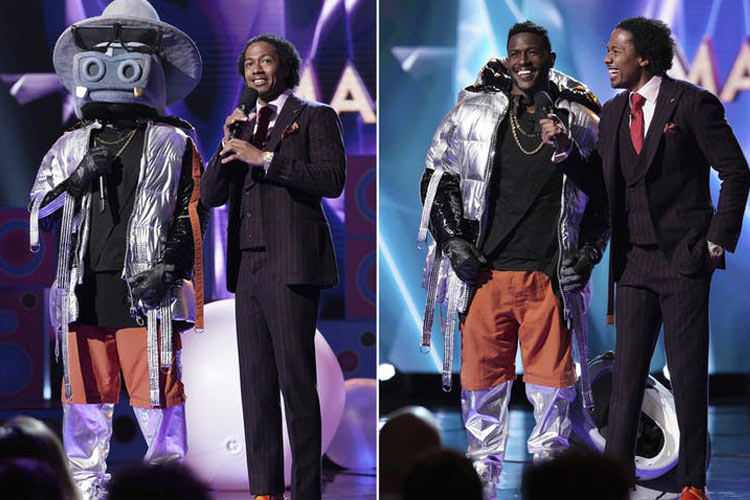 National Football League wide receiver Antonio Brown (left) in a hippo costume after he revealed his identity on ‘The Masked Singer’. TNS.

Everybody knew because of my voice. It sounds really different inside the set rather than on TV, when you can hear the mic through your speakers. Out on that big set, it sounds completely different. But my friends all knew. Obviously, I told my mum. My wife was on set with me, so she knew. People around me knew, but it was weird that the judges didn't know.

The show has renewed interest in your singing voice.

Yeah. A lot of people didn't pay attention to it, which is crazy, because each album of mine always has two or three songs without Auto-Tune. They're usually not the singles. My whole first album was very minimal Auto-Tune. It was weird that people are now just finding it out, even with (my having) the highest viewed NPR Tiny Desk concert, where I was using my natural voice, people still were surprised. The pieces were there. All the research was there. ... People ask if I'm going to stop using Auto-Tune, but Auto-Tune made me who I am. I'm not going to stop doing something I started.

On the show, you talked about being "vilified and persecuted for sounding like a ringtone." Was that something that had bothered you?

Only because I know what my voice sounded like. You can hear it. You've gotta have some kind of voice so that you can use Auto-Tune. Chris Brown is one of the best singers in the world, and he uses Auto-Tune but nobody notices it, because it sounds like his voice. I was trying to figure out how people thought my voice would be completely different when I use it. I don't get annoyed by the comments or anything, I get annoyed by the ignorance and the lack of research. It's like, it's right there. A two-second Google search, and you would have known this pretty quickly.

When you hear all the Auto-Tuned songs that copied you, that came after you, do you think, "These are my children"? Or do you get resentful?

I used to resent it, when I didn't understand it, now I think of it as a form of flattery. Something that I made so popular and so great, people thought, "Hey, if I do that, I can be as famous as T-Pain." Back in the day, I used to resent it a little bit, but I got over that. I matured.