Deified as the voice of his generation, Kurt Cobain lives - GulfToday

Deified as the voice of his generation, Kurt Cobain lives on 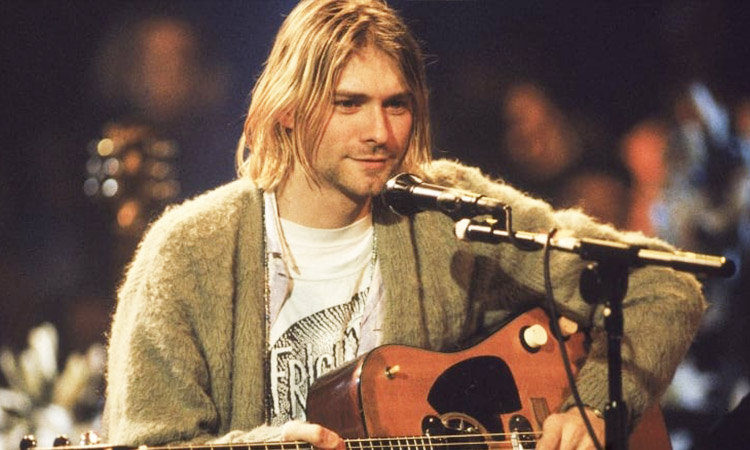 Cobain's former manager says he's finally ready to reflect publicly on the legacy of an enigma and a pioneer.

NEW YORK: Decades after Kurt Cobain's guttural rasp seduced Generation X from its collective bedroom and into the post-punk clubs of 1990s Seattle, the late Nirvana frontman remains a talisman for the young and disaffected the world over.

It is a quarter-century on Friday since grunge's reluctant poster boy took his own life at the age of just 27, and Cobain's former manager Danny Goldberg says he's finally ready to reflect publicly on the legacy of an enigma and a pioneer.

"The impression of him in the media had become a little distorted and focused disproportionately on his death, and not as much on his life and his artwork," Goldberg said.

"He was an incredibly soulful singer; his voice conveyed a vulnerability and an intimacy that's rare.

"He tuned into something that helped people feel less like freaks, less alone."

And the universality of the singer's appeal is the reason that T-shirts with the band's classic blank-eyed smiley logo can be seen wherever teenagers gather, from Toledo to Tokyo.

"He's one of a handful of artists whose art transcends his time," said Goldberg.

Fans of Seattle-based grunge rock star Kurt Cobain burn a poster bearing his photograph and reading "I Love You" during a vigil in his memory.

Cobain, lead singer for the US grunge rockers Nirvana, performs at the Nakano Sun Plaza in Tokyo.

Cobain and his band members pose for a photo.

The cult of Kurt

The depressive but singular talent who grew up in the misty woods two hours west of Seattle morphed into a rock god seemingly overnight, when "Nevermind," Nirvana's second of three studio albums, catapulted the alt rock group to stratospheric fame and spawned the cult of Kurt.

Goldberg met Cobain in 1990, when Nirvana were up and coming but hoping to take their unique blend of scruffy punk, raw metal and Beatles-inspired melodies mainstream.

"Nevermind" did just that, becoming one of the most successful albums of all time, with 30 million copies sold worldwide. The instant classic booted pop star Michael Jackson from the top of the US charts and saw Nirvana shift the course of pop culture, inspiring music, fashion and ethos.

In the three-and-half years he worked with Cobain, Goldberg witnessed Nirvana's spectacular ascent. He was there for the singer's warm but tempestuous relationship with mercurial fellow grunger Courtney Love, and the birth of their daughter, Frances Bean, now 26.

Tellingly, he witnessed the interventions aimed at loosening heroin's grip on the rock star.

Cobain's death sent shockwaves around the world, the grisly details and the loss of a unique voice as gutwrenching as the poignant suicide note.

"I don't have the passion anymore, and so remember, it's better to burn out than to fade away," he wrote, referencing a lyric by folk rocker Neil Young.

The news devastated Goldberg, and it wasn't until recently that he began coming to terms with it: "For a long time it was too painful for me."

"I miss him, I still love him. I wish he were still around but I'm happy I got to know him at all.

But the former Nirvana manager, who Cobain had hailed as a "second father," emphasized that behind the drug use and depression the superstar was a "musical genius."

He was also a romantic goofball, Goldberg said, who happened to be the proud owner of four pristine, sealed copies of "The Chipmunks Sing the Beatles Hits."

Goldberg believes Cobain's "slacker" appeal -- the tattered sweater, the ditchwater-blond locks, swept frequently and absent-mindedly from ocean-blue eyes as he flicked a hand-rolled cigarette -- drew attention from his impressive intellect.

"I always knew there was a depth to the energy and feelings that he was playing with; it was deeper than just a great chorus -- even though he did write great choruses," Goldberg said.

His manager credits Cobain with championing women and helping to "redefine masculinity" within the music world.

"He could be very powerful and compelling -- and at the same time, be sensitive and caring. That was a departure from the rock orthodoxy of the time," Goldberg said.