How Ariana went from doughnut-licker to pop music queen 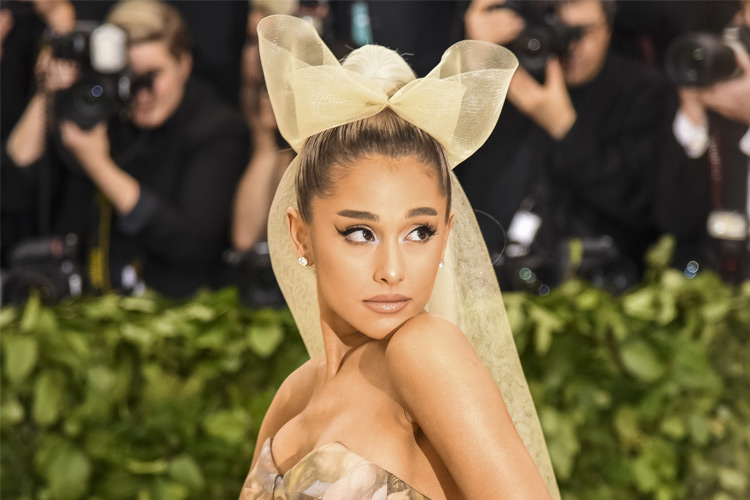 The doughnut licking incident seems like a lifetime ago. Remember that? In 2015, before she became an unassailable heroine. Before she became the first artist since the Beatles to simultaneously have three songs atop the Billboard singles chart, Ariana Grande was an inexperienced and untested pop star.

The then-22-year-old singer made pretty gross TMZ and tabloid news by being caught touching her tongue to a variety of glazed goodies in a California bakery and — gasp! — saying, "I hate America."

The vocalist with the Brigitte Bardot high ponytail who began as a teen actress on the Nickelodeon show 'Victorious' apologised. She said she didn't really hate America; she was just concerned with sugar intake and childhood obesity.

In the pop star playground, career-defining dramas are often ginned up as selling points to launch a new album or movie. Grande has proved to be a unique and excellent celebrity in that she's been forced to deal with a hailstorm of horrific drama not of her own making that you wouldn't wish on your worst frenemy.

And though the diminutive singer capable of reaching super-high "whistle tones" with her voice could still pass for a child starlet, she's dealt with all the drama with a surplus of grown-up grace that's only increased her stature as an artist.

The turning point, of course, was the May 2017 terrorist attack at a Grande concert in Manchester, England, in which 22 people were killed and dozens more were injured. There's no ranking horrific acts of mass murder, but the Manchester attack had an added tragic element in that so many victims were young. Grande's preteen "Arianators" were mercilessly killed at what was for many their first concert, what should have been an entree into a lifetime of joyous experiences.

Grande has talked about how she's suffered from PTSD since the massacre, but she's carried on and performed, beginning with the One Love Manchester show that followed a few weeks later. The notion of carrying on in the face of tragedy is central to 'Sweetener', her fourth studio album, which came out in August and which gives its name to the tour that kicked off last week in Albany, New York.

The first single from 'Sweetener', 'No Tears Left to Cry', moved on from the trauma of Manchester, vowing, "We're way too fly to partake in all this hate." And the album's title song takes an upbeat attitude, aiming to counter nastiness at every turn: "When life deal us cards make everything taste like it's salt / Then you come through like the sweetener you are, to bring the bitterness to a halt."

Along her road to maturation, Grande has distinguished herself as a feminist hero as well as a savvy social media user. And at this year's Grammy Awards, Grande sent the message that she's not about to be manipulated by the awards show industrial complex when she pulled out of a performance rather than let TV producers dictate what song she could sing.

After enduring the trauma of the Manchester bombing, Grande's 2018 was dominated by her personal life. In May, she and Pittsburgh rapper Mac Miller broke up. Shortly thereafter, she started dating 'Saturday Night Live' jokester Peter Davidson in a whirlwind romance. Happiness, it seemed was finally hers. But it was not meant to be. In September, Miller died of an overdose, and a month after, Grande and Davidson also broke up. All that personal drama led to 'thank u, next', the title of the song and album that has launched Grande into the stratosphere.

Instead of being bitter, the terrifically catchy 'thank u, next' communicated a generosity of spirit and a determination to put self-care first that's endearing and certainly well deserved. Responding to online gossipers who felt she's moved on too fast, she announced that the "someone else" she's met is the most important person in her life: "This one gonna last, 'cause her name is Ari."

The song’s success made a new album make a lot of sense, so Grande went on to record what became 'thank u, next' in a mere two weeks. It came out last month, with the help of producers like Tommy Brown, Swedish hitmaker Max Martin, and Philadelphian Andrew "Pop" Wansel. Grande then reached her commercial apotheosis so far when she put a troika on top of the Billboard Hot 100, with 'thank u, next', 'Break Up with Your Girlfriend, I'm Bored' and '7 Rings'.

The speed with which 'thank u, next' was whipped into shape is an impressive feat by an artist who in a video from a 'Sweetener' song called 'God Is a Woman' sat astride the globe as though she ruled it herself, which, at this juncture in pop music history, it appears she does.