Everything we know about 'Stranger Things' season 3 - GulfToday 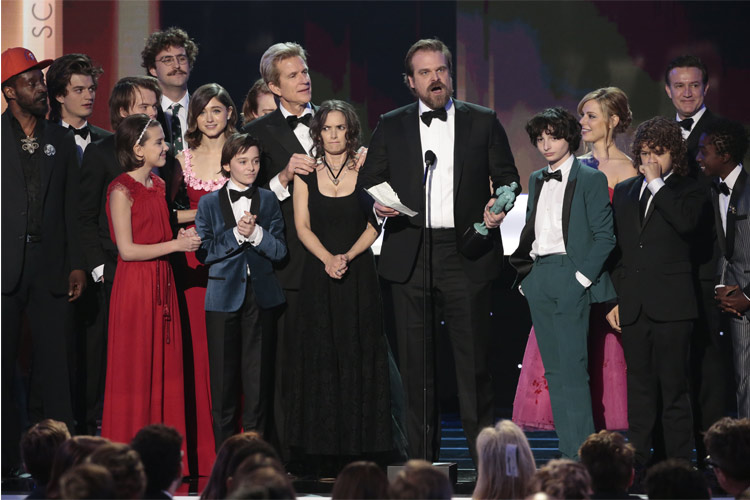 The cast from 'Stranger Things' during the 23rd Annual Screen Actors Guild Awards at the Shrine Auditorium in Los Angeles. Photograph: Robert Gauthier/TNS

It feels like we’ve been waiting forever to return to Hawkins, Indiana.

Luckily, there’s only a longer to wait, as season three of Stranger Things will debut later this summer, with new characters, a major new location, and some of the biggest special effects yet. Here’s everything you need to know about the third season.

Stranger Things returns to Netflix on July 4. All eight episodes will be released at the same time.

A short teaser was released last year, featuring Steve, Robin, and Starcourt Mall. The streaming service has since released a proper trailer for the third season.

New cast members include Maya Thurman-Hawke; the daughter of Ethan and Uma will play Robin, who works with Steve at Scoops Ahoy. It has been hinted that she may become involved with Steve’s dealings with the supernatural.

Jake Busey, best known for playing Ace Levy in Starship Troopers, will play Bruce, a reporter for The Hawkins Post with “questionable morals and a slick sense of humour.”

Other major cast members include The Princess Bride actor Cary Elwes, who will play image-conscious Mayor Kline, and Francesca Reale (Haters Back Off) will play Heather, a lifeguard at the community pool. Priah Ferguson, who played Lucas’s little sister Erica in season two, returns as a recurring character.

What year does it take place?

Season three will take place in the summer of 1985, just less than a year since the events of season two, which took place in October 1984. As has now become standard for the series, expect references to the films that came out around that time, including Fletch, Return to Oz, and Lifeforce.

Are there any new locations?

There's one major new location coming that Netflix has already made swift work of publicising: Starcourt Mall, which opened its doors to the residents of Hawkins at some point between season two and three. There’s even a food court, with stalls like "Orange Julius" and "Hot Dog on a Stick." Sounds appetising. 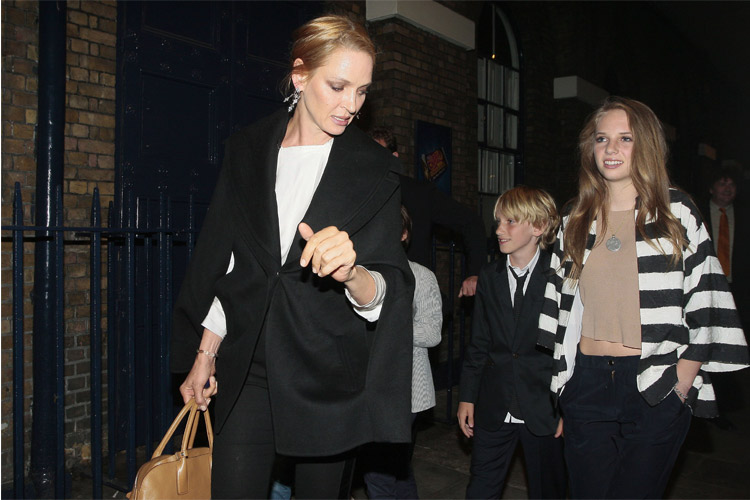 New cast members include Maya Thurman-Hawke (right); the daughter of Ethan Hawke and Uma Thurman (left) will play Robin, who works with Steve (Joe Keery) at Scoops Ahoy in season 3 of the show. Photograph: TNS

There have been multiple hints at what's coming in season three. In the official companion book to the series, Stranger Things: Worlds Turned Upside Down, showrunners Matt and Ross Duff promise a lighter storyline to come; one that will fit with the summer theme.

“Aesthetically, it’s going to feel very different,” Ross Duffer says. “Everyone is going to this new mall, seeing movies, and, of course, the Hawkins pool is open for business. I think there’ll be a sense of fun and joy.”

That's not to say things won't get bloody. Season three will also contain some of the goriest episodes yet, inspired by David Cronenberg, George Romero, and John Carpenter’s The Thing. Romero’s Dawn of the Dead, from 1978, was set in a shopping mall, suggesting Starcourt Mall could have a major role to play here. The upcoming season will also have many more special effects than the previous two, which explains for the delayed release date.

As indicated by the season two finale and its school dance, Mike and Eleven, as well as Max and Lucas, are officially coupled up.

Executive producer Shawn Levy said of the couples: “Mike and Eleven and are going strong, so that’s a relationship that continues, and same with Mad Max and Lucas. But Again, they’re like 13 or 14-year-old kids, so what does romance mean at that stage of life? It can never be simple and stable relationships and there’s fun to that instability.”

Meanwhile, Steve is a high-school graduate working at the mall’s ice cream shop, Scoops Ahoy. The fan favourite will be making a more prominent appearance this season.

Levy said: “We’ll definitely get to see some more of Steve Harrington in season three, and I’ll just say we won’t be abandoning the Dad Steve magic. I don’t want to say much more, but I literally feel that we were walking along and we stumbled onto a gold mine with Dad Steve.”

Billy will also take on the role of the villain once more, although his story is set to take an unexpected turn. ”There’s much more depth to him, but also much more darkness in this particular season,” Montgomery, who plays the character, said.

When it comes to the show’s supernatural forces, it’s not clear who will take centre stage. The Mind Flayer, the spider-like creature we saw looming over the school in the final shot, is now aware of Eleven and her powers, even if the door between her world and the Upside Down has been shut.

Levy has hinted that the season will “deal with forces of evil that are new” and that poor Will is finally going to get a break. “We’re not going to put Will through hell for a third season in a row,” he added. “He’ll be dealing with stuff, but he won’t be at rock bottom the way we forced the amazing Noah Schnapp to play.”

How many episodes are there?

There are eight episodes in season three, with a trailer revealing each of the titles. They are:

Chapter One: Suzie, Do You Copy?

Chapter Three: The Case of the Missing Lifeguard

Chapter Eight: The Battle of Starcourt